I’ve had a fun weekend! On Friday I joined 4,500 others at the Emirates Stadium for the Glasgow 2014 Commonwealth Games Orientation. Almost 3 hrs of high tech presentation about the games and our role as volunteers. It was great to feel part of what is a going to be an amazing event. 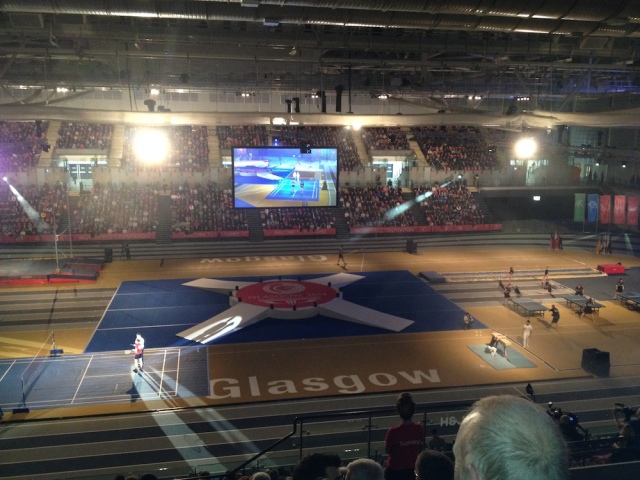 Then on Saturday Katrina & I drove up to Tyndrum to celebrate our friend Thomas’ 50th birthday. The plan was to go for a run and then have a party in the evening. We were all staying at By The Hostel.

We arrived about 9.45am and chatted with friends before setting off for a run just after 10am. Obviously we needed a photo before the off.

We ran north but folk were planning on different distances. Some of the hard core were planning 30miles but Katrina and I had decided on 20miles. On the way out we ran and chatted with various folk.

On the way up to Tyndrum the weather was really wet and wild but by the time we started running the rain had stopped but it was very windy. On the way out the wind was behind us so that was fine but that would mean we would be running into it on the way back.

Thomas was waiting to see everyone through Bridge of Orchy so we stopped for a quick chat. Unfortunately Thomas is still injured so unable to run on his birthday run! But, being the star he is, he was happy support and encourage his friends. 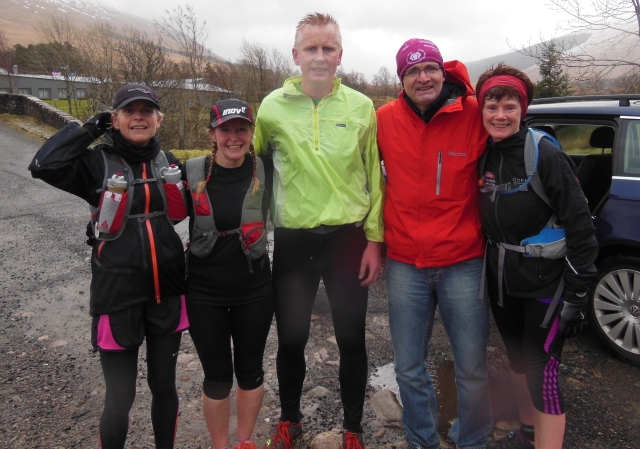 Ian and Sandra were running out to the Forest Lodge before getting a lift back with Thomas so on the way back it was Katrina, Kirsty and I. Katrina was very tempted to jump in the car and I did tell Thomas off for even suggesting it!!

The journey back was a lot harder against the wind but we chatted the whole way so the time soon passed.  I was keen to have a nice easy run as the Hardmoors 55 is just 2 weeks away.

Kirsty is doing the West Highland Way Race for the first time and had a few questions so it was good to chat through those.  She is really looking forward to the race and I know she’s going to do really well. 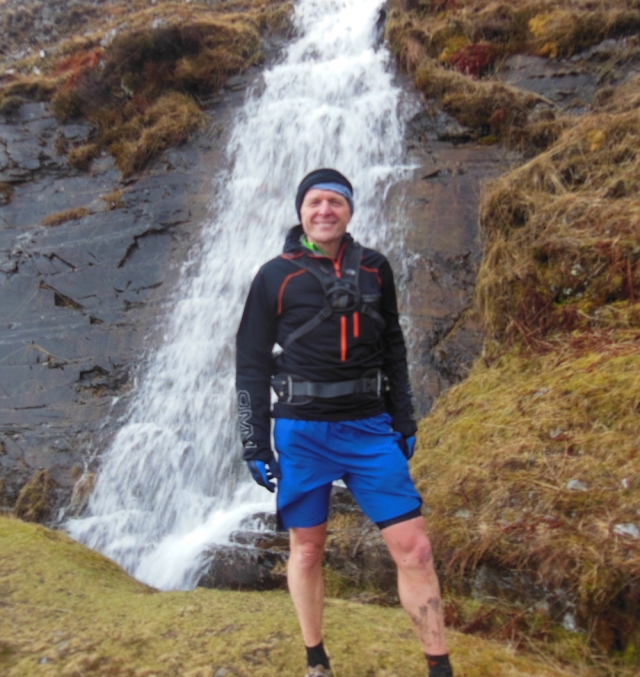 Murdo and Jans went past us on the run down to Tyndrum. They had turned after 11.5 milers or so whereas we turned at 10.32miles. 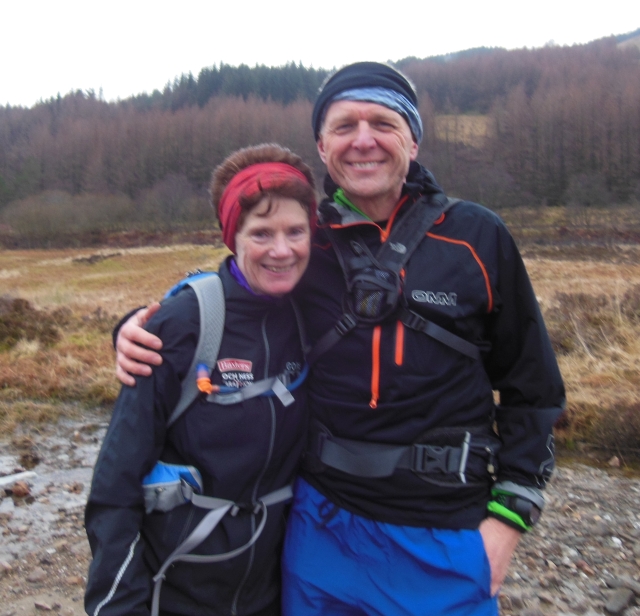 Once we were back at the By The Way Hostel we were able to get a hot shower then Silke and family had hot soup and cakes ready for us all …. lovely!

We had such a good time chatting, eating, drinking and celebrating Thomas’ birthday. I took some video clips so will post those asap!

I was able to present Murdo with his two key rings for past ‘Guess My Time’ wins.  He is keen to be the first person to win three competitions and wanted the inside info on how I feel the HM 55 will go! 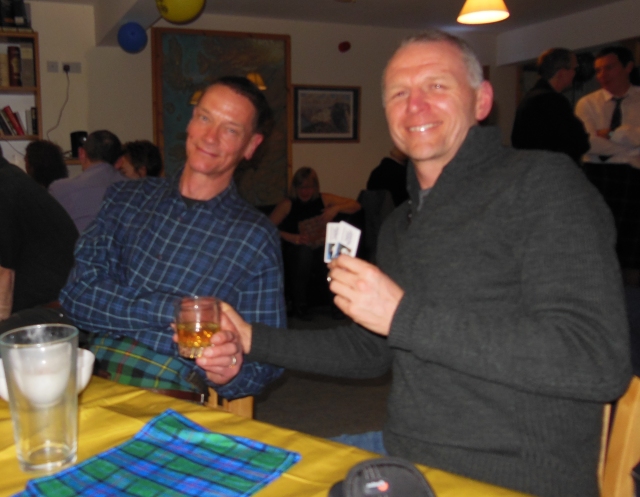 This morning I went out on an easy 5mile recovery run.  It was still pretty windy but good to turn the legs over.  I was really pleased that my legs didn’t feel sore at all from Saturdays  run.

My two week taper has now officially started.  So easy runs from now on until Saturday 22nd March.  I’m really looking forward to it and can’t wait to get running on the route.

This entry was posted in whw training run. Bookmark the permalink.