Review of the week …

We left home on Saturday 5th April for a week away with trips to Liverpool and South Wales.  Here is a summary of supporting Katrina and Neal in their marathons at Manchester and my runs during the week.

We drove to Liverpool on Saturday afternoon meeting up with Neal and Caroline on the way.  We all stayed with my Mum and went out for a meal at the Fiveways Pub in the evening. The runners Neal and Caroline went for fish and chips to fuel their race.

We were up at 6am on Sunday in time for breakfast then we set off for Manchester at 7.15am. The journey was straight forward but the last mile to Old Trafford took a while. It was good that Neal had pre booked a parking spot.

Neal & Katrina had time to visit the loo and a photo before heading off to the start. 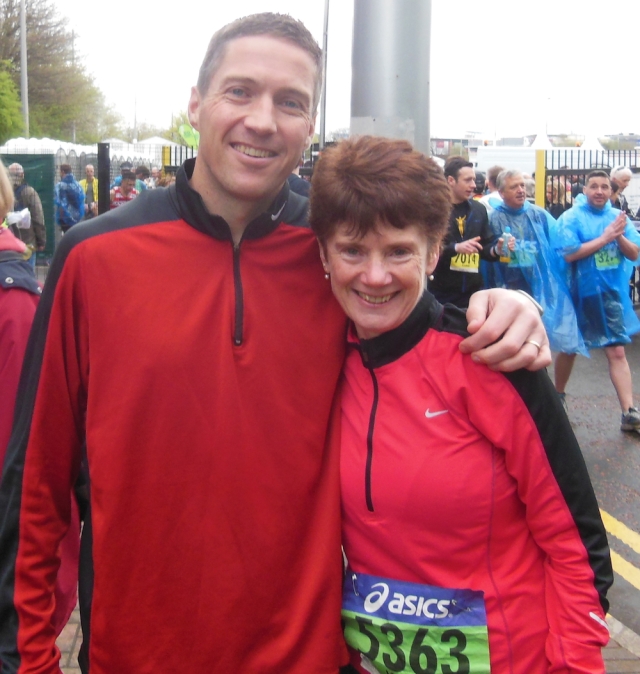 Philip Nicholls came over to say hello as we waited. The last time we saw Philip was in 1995 when we were in India. He was in our dorm at Hebron School. This was to be his first marathon.

Caroline & I waved off our runners then walked down the road half a mile or so to watch them go by. It was so packed that we didn’t see either of them! We crossed the road to watch them all come back a few minutes later.

Gemma had started well and we gave her a cheer as she went past.  Looking at the photo now she was running alongside Jez Bragg!

We spotted Neal who shouted out that he had forgotten his gloves! He looked to be going well and we really hoped he would achieve his sub 3hr goal. We didn’t see Katrina though and it made me realise how difficult it is to spot someone in the crowds. 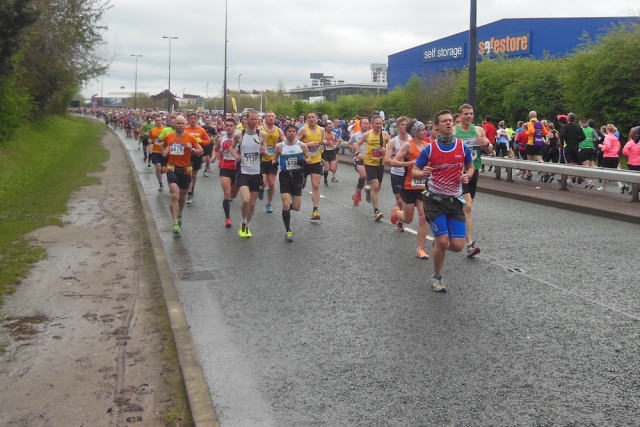 We walked out to the Metro station and jumped on the tram to Brooklands which is the 9mile point in the race. We arrived in plenty of time to see the leaders go by. Andi was well ahead of the chasing pack. Gemma Rankin from Kilbarchan was going well in second place.

We saw Neal looking focused and running strongly.  He was ahead of the sub 3hr pacer so all was good. I started looking more carefully for Katrina before the sub 3.45 pacer but we never saw her.  I was a little concerned particularly when the sub 4hr pacer came and went. 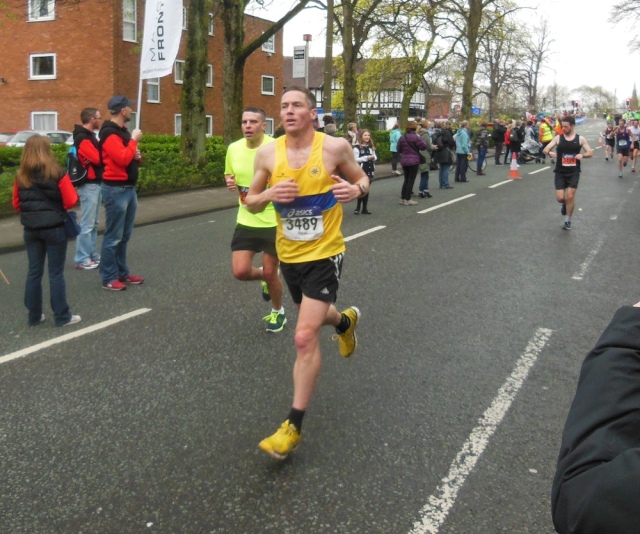 The tracker on my phone wasn’t updating the times from 10k so we didn’t have any idea of where Katrina was.  My friend Adam who I’d met at the Hardmoors 55 met us as we waited.  We crossed the road and watched the runners come back up the road at the 16mile point.

The leaders were running strongly and Gemma was still in 2nd place. Neal came through a little later than we’d hoped. As he passed he said his shins were hurting so we feared that his sub 3hr goal was in danger and the last 10miles was going to be tough.

At some point the tracker started working and we discovered why we had missed Katrina. She had gone through 10k in 50mins which was a good 5mins faster than planned! As we headed to catch the Metro back to the finish as we’d planned Adam rang to say he had seen Katrina at the 14mile point. She was going well and not far behind the 3.30 pacer!

We decided to go back up to the course and wait to see Katrina through the 16mile point.  We knew we could still get back to the finish in time to see Neal finish.  Katrina wouldn’t be expecting to see us at 16miles so hopefully it would give her a boost with 10miles to go.

The 3.30 pacer went by and we scanned the runners to see Katrina.  I regretted not bringing my glasses as I was struggling to see the runners clearly. Fortunately Caroline has good eye sight and spotted Katrina!  We shouted as she reached us and the look of surprise and joy on her face was well worth the wait. She was looking really good and well ahead of the sub 3.45 pacer so things were going to plan.

We jumped on the tram and made it back to the finish with about 2.30 on the clock. We saw Gemma finishing strongly in 2.40. Then Caroline spotted Jez Bragg. We hadn’t realised he was running so it was good to see him finishing in 2.42. 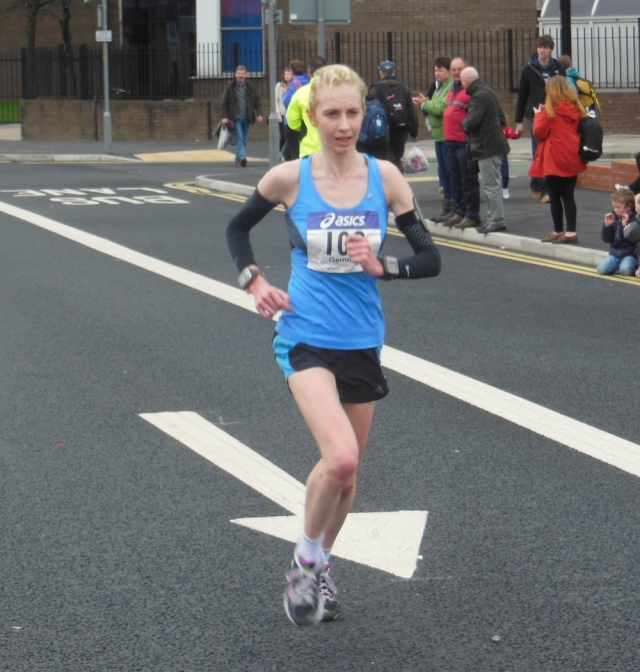 Caroline was counting down the minutes for Neal to finish in sub 3hrs. Sadly it came and went but only by a few minutes.  He was working hard to finish in the best time he could. His 3.02.33 was a pb by almost 5mins and that sub 3hrs is within reach. Caroline was already looking for options for him on her phone!

As we waited for Katrina to finish we cheered on all the runners. Some were looking really strong and had paced it well. Others were really struggling and doing all they could to keep moving forward. One poor guy was suffering with really bad cramp and had to lie down for a minute or so. Once he got up he got a good cheer from the crowd.

We didn’t have to wait too long for Katrina to arrive.  She was running well but really focusing on getting to the finish line as soon as possible!   She finished in 3hrs 42mins 33secs.  A superb run. I thought she was capable of running under 3.45 as she had been going well in training but you never know how it will work out on the day.

Caroline and I headed to the finish were we found Neal but Katrina was no where to be found.  It took 25mins before I found her …. waiting by the car which our plan B.  Plan A was the meeting area but the runners Katrina asked didn’t know where it was.

Anyway we all met up and drove back to Liverpool with lots of post race analysis on the way. Neal was happy with his run despite not cracking the sub 3hr. His time though qualifies him for Edinburgh on 24th May.  He had until 5pm on Monday to take up a place ….. which he did by 7am on Monday!!

Katrina was thrilled with her pb and is now considering very seriously doing London next year as her time easily gives her a good for age place.

Caroline & I went out at 8am for a 5mile run.  I took her on one of my favourite routes which goes through 3 local parks that I used to run when I lived at home 30 years ago!  It goes through 3 parks, Childwall Woods, Black Woods and Calderstones Park and along Queens Drive.  I gave Caroline a bit of a history lesson as we ran!

It was good to get out and run before our drive to South Wales where we were going to visit Katrina’s parents. I was feeling good and happy that I had a spring to my step after Saturday’s struggle.

I went out for a 6mile run behind the house where we are staying. It involved a fair climb up and then I did an out and back along a disused railway track. I came back a slightly different way. The weather was good and again my legs felt fine. 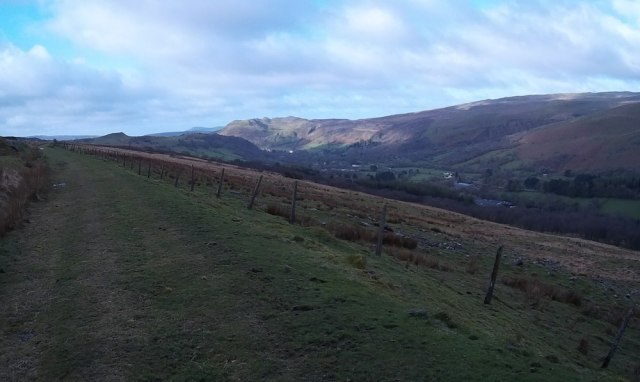 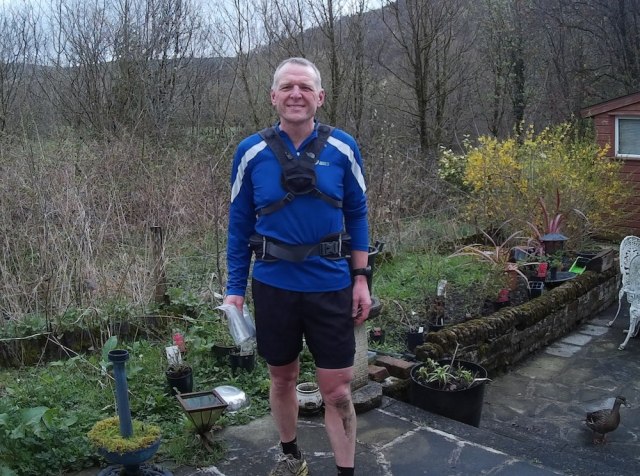 I had planned a longer run of 18miles.  I set off with a map and an idea to do an out and back over a hill opposite the house. We had walked on this path with Katrina’s Dad a few years ago and I thought I would be able to remember the way.

I was wrong!  After a couple of miles the path I was on disappeared so I tried to head across the moor to find the path but I didn’t see it.  I was getting a little concerned that I might wander off line completely and struggle to find my way back.

My Suunto watch has a setting where you can get directions back to the start of your run so I did that and followed my watch back to where I started.  The first 5miles or so of my run took me over 1hrs 30mins which wasn’t great!

So I worked out a new route which involved a bit of road, a climb over a hill and then a run back along the disused railway I’d been on the day before.  I had to add a couple of other out and backs to make up the 18miles I had planned! 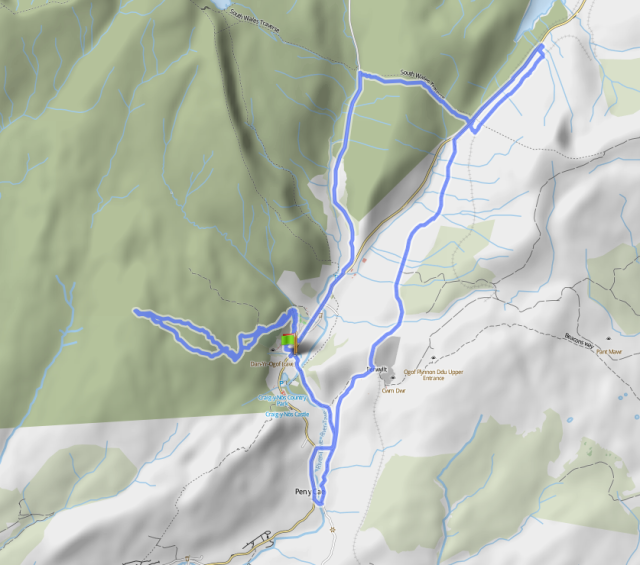 So it wasn’t quite the run I had planned but I was out for 4hrs 22mins so plenty of time on feet and lots of climbing!  It was also good to be able to run strongly for the second half of the run.

Before we left for our drive to Leek and a visit to Katrina’s brother and family I went for a 6mile road run. The plan was an out and back so I couldn’t get lost!!

I was up and out just after 7am and had a good steady run on the road.  We are now home. I’m planning a run on the Braes tomorrow morning before going to a Wedding in the afternoon.

I’ve been asked to conduct the Wedding of David and Lauren which I’m really looking forward to.