Normally on a Sunday I get up early and run before church but today was different …. 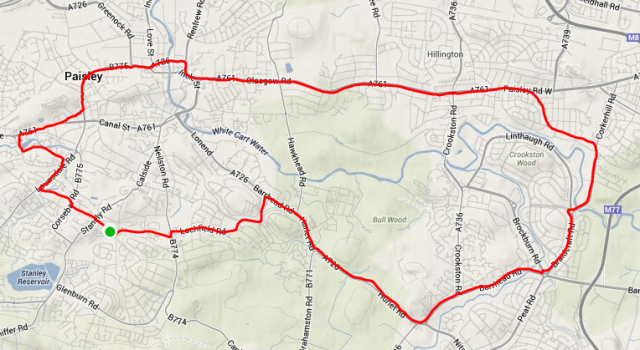 I was feeling really good until about 10miles then the last 2 felt hard. It didn’t help that my road shoes are ready for the bin and have collapsed on the outside of the left foot so I was almost running on the pavement.

Anyway I reached my 100 miles for the week. I know a lot of people do this regularly but I’m not one of them. I normally average around 50miles so this is a big week for me.

When I was running with Dave on Monday and Tuesday he said he was going to reread my 2009 HM110 race report.  He has and left this comment on Facebook ….

If you want to read it you can find it here.

This entry was posted in Run. Bookmark the permalink.