We decided with Emma and Yonas home from Indonesia that we would have a holiday all together. Laura found a great self catering cottage at Brora which sleeps 10 so it was ideal for the 9 of us.

We had a great time which included a few runs ….

Katrina and I were out early for a run. We ran out to Loch Brora and back which was just over 6miles.

For the rest of the day we visited Dunrobin Castle ….

Andy’s Falconry display was my highlight ….

Lovely spot for a family photo …. 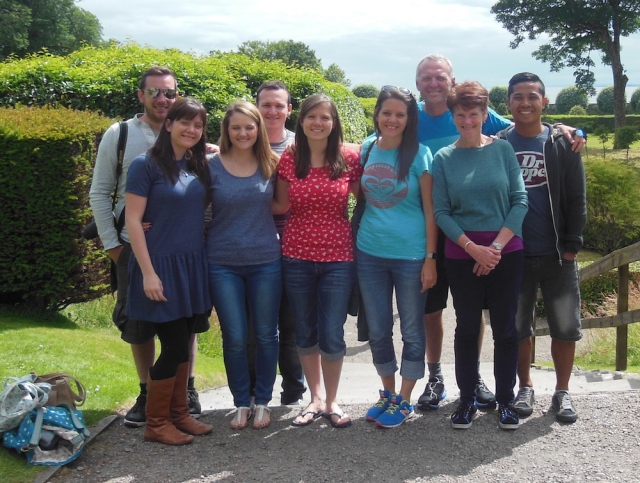 Yonas and Laura were keen to go for a run so we headed down to the coast. Sadly there wasn’t really a good path so we ended up running on the road towards Golspie and back.

We ran just over 5miles.

Our main activity for the day was a walk up Ben Bragghie with the impressive monument to Earl Sutherland at top.

Katrina and the girls had booked a trip to a local hotel for the morning so I decided to head out for a longer run. I bought a map and decided to go for a run up Ben Horn. Here is a map of my run ….

The path went over a footbridge ….

The view of Loch Brora was impressive ….

This is the view looking back on the path I ran out on …. 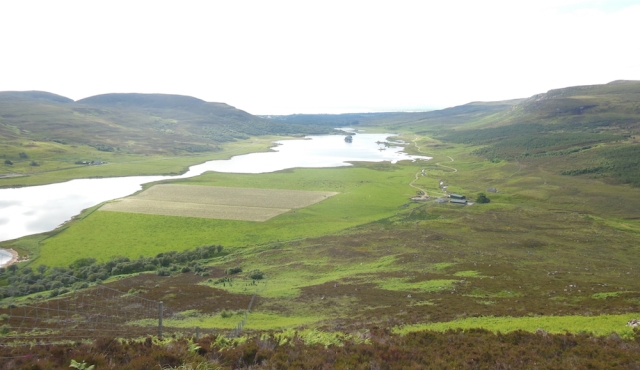 From there I headed across to Ben Horn with its distinctive top.

It was really hard going as the underfoot conditions were difficult. But the views from the top were well worth the effort. I stopped for 10mins or so to enjoy the views and an apple.

From the top I headed back down to Loch Brora and the path I’d run out on. I was able to run a bit on the way down but it was still hard going.

I ran hard for the final 4miles along the path and road back to our cottage. So basically the run was 9miles of good running on road and paths and 6 miles of climbing and descending on very rough ground.

Laura was keen to join Katrina and I on a run.  We ran 3 miles out alongside the west side of Loch Brora and then back. It was a comfortable run and it was good to run with Laura.

Katrina & I had a trip to John O’Groats where we went on a 90min wildlife boat trip which was really interesting.

I had to get a photo with the famous signpost.  We met a couple who had just finished their 3 week ride from Land’s End to JohnO’Groats … 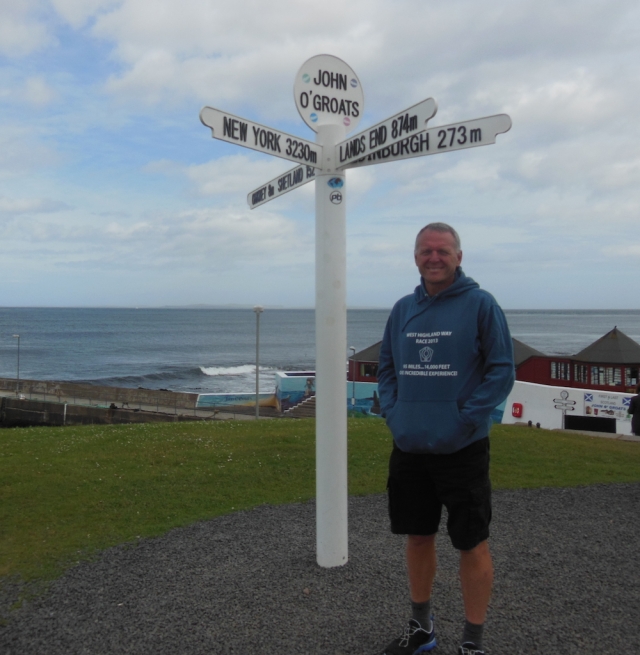 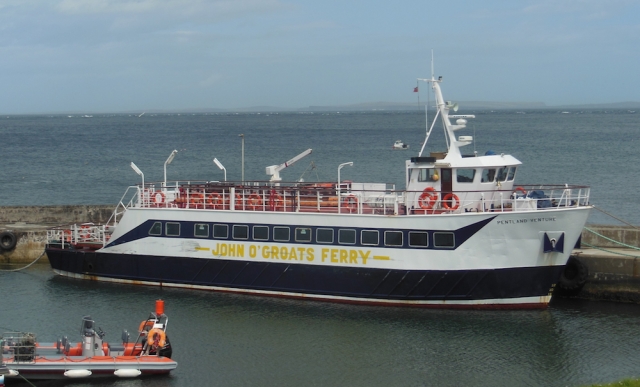 We sailed out along the coast to the lighthouse …

On the cliffs there were hundreds of birds … 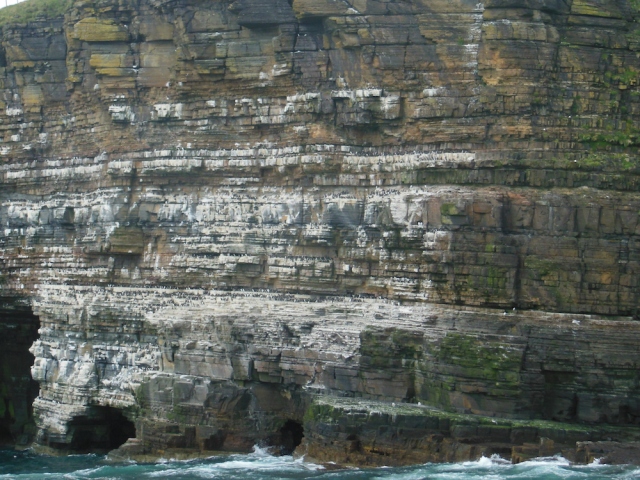 I was really impressed with the stacks as well …

As this was going to be my final run of our holiday I was keen to go for a quicker run on my own. Katrina was happy to run on her own but we decided to start together. In the end my Suunto took longer to catch the gps signal than Katrina’s Garmin so it took the first mile to catch her up!

We had a quick chat when I caught Katrina and then I pushed on. The plan was to run just over 4 miles then to try and run faster on the way back. I pushed it on the way out breathing fairly hard. I turned at 4.12 miles in 31:41.

Once I headed back I realised the wind was quite strong and I would have to work even harder to do a negative split.  I was feeling good so pushed as hard as I could. I was counting sets of 50 breathes which. I always find helps keep the pace up. I checked my watch after 4 sets of 50 breathes. My average pace at the turn was 7:42 anything below that would show I was running faster on the way back.

With 2 miles to go it was 7:35 and coming down which was good. I pushed the final up hill and enjoyed the fast downhill finish.

I ran the way back 1:35 faster with an overall pace of 7:29 which I was very pleased with.

We had a great week.  Here is a photo of our last meal on Friday night …

On the way home we stopped at Inverness to see the plot of land that Jono & Jo are building their own house ….

I also realised that we would be in Inverness for the end of the Great Glen Ultra so I headed to the finish where I saw Ryan who had just finished 3rd in 11:24 ….

This morning I was back up on the Gleniffer Braes for the first time for a few weeks.  The paths were so dry and overgrown.

This entry was posted in Easy run, Gleniffer Braes. Bookmark the permalink.