Ben Lomond with a difference

Last night I had another unhand down Ben Lomond but this one was a bit different and we ended up at the A&E at Paisley!

Jonny & Frances couldn’t make it this week so it was Katrina, Steven and I.  Katrina hadn’t been feeling too well since her run on Sunday so decided to go up and down the tourist path.

Steven & I set off up the Ptarmigan Ridge.  Steven led for the first 45mins or so and then I took over for the final push.  It was such a warm night and we were sweating buckets! I love the views you get as you climb. 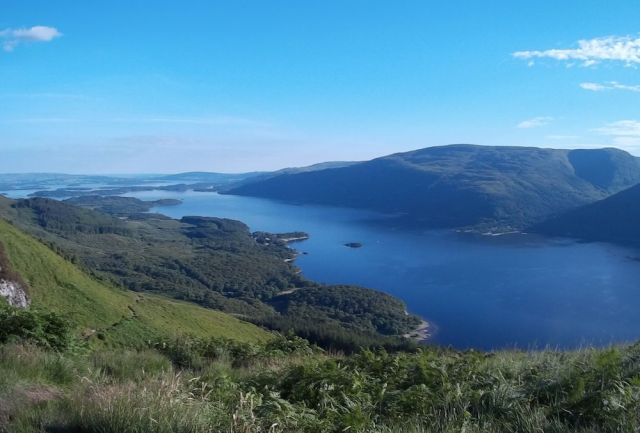 We kept a good pace up and reached the top in about 1hrs 20mins. I got a great photo of Steven as he approached the trig. 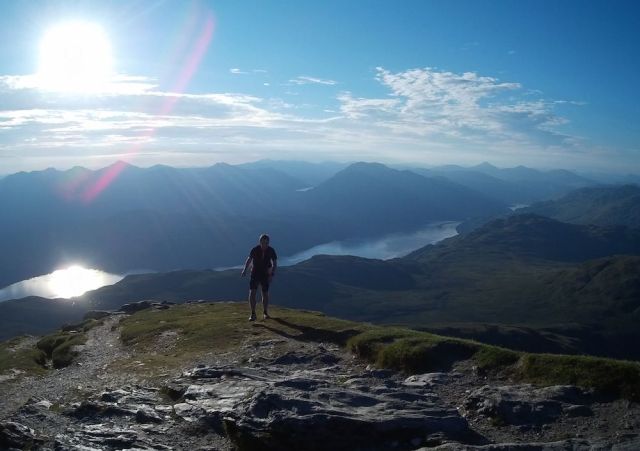 We spent a few minutes enjoying the superb views all around and obviously took a photo which will be the last one of Steven’s forehead without a scar!! 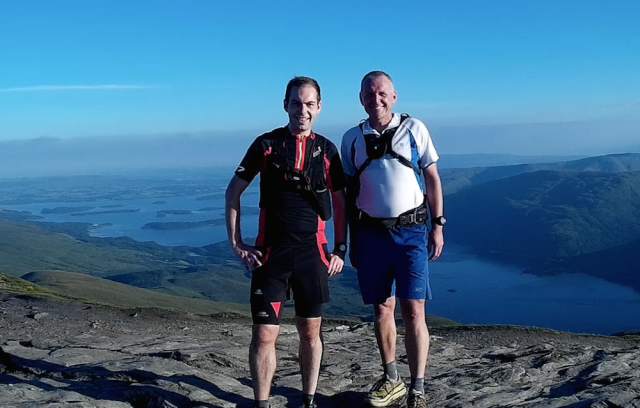 I wondered when we would see Katrina or maybe she was on her way down.  Within a couple of minutes she appeared so we encouraged her to go the top before heading down.

Steven only took 35 mins to descend last week so I knew I would have trouble keeping up with him.  So after a few minutes I encouraged Steven to run down at his own pace and I waited for Katrina. 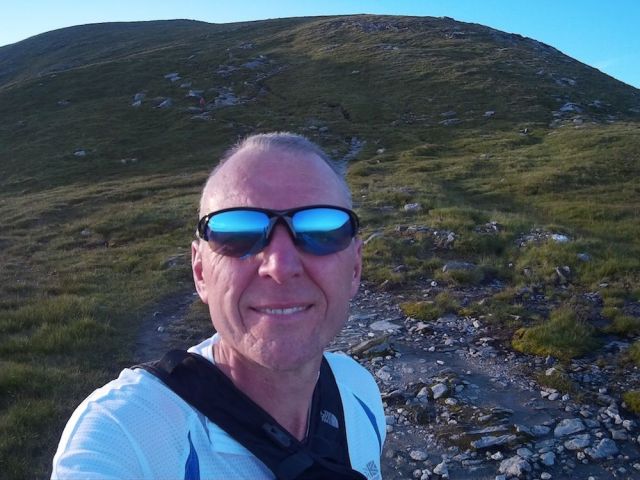 Katrina & I made our way down chatting and enjoying the view.  A group of about 8-10 mountain bikers went past us on the way up. We both agreed we wouldn’t fancy that!

On the way down we saw a stone with a lot of blood all around it.  I said to Katrina I hope that’s not Steven’s but we couldn’t see him so I hoped it was just a bad nose bleed from one of the cyclists.

We also had a chat with a group of foreign tourists who were camping and making their evening meal.  Then a guy said, ‘Your friend has had a fall.’

We then saw Steven holding his t-shirt on his head. He pulled it away to reveal a massive cut. A big section of his skin was hanging down.  It was not a pretty sight but I didn’t want to scare him.

We walked down with him telling the guy who very kindly stopped to go on.  After a few minutes I remembered that I’d put a first aid kit in my bag so we stopped and put a sterile plaster over the worse of the wound and wound a bandage on to keep it in place and clean.

I was tempted to take a photo before I put the bandage on but it felt a bit insensitive!! I did take a photo once we got down though! 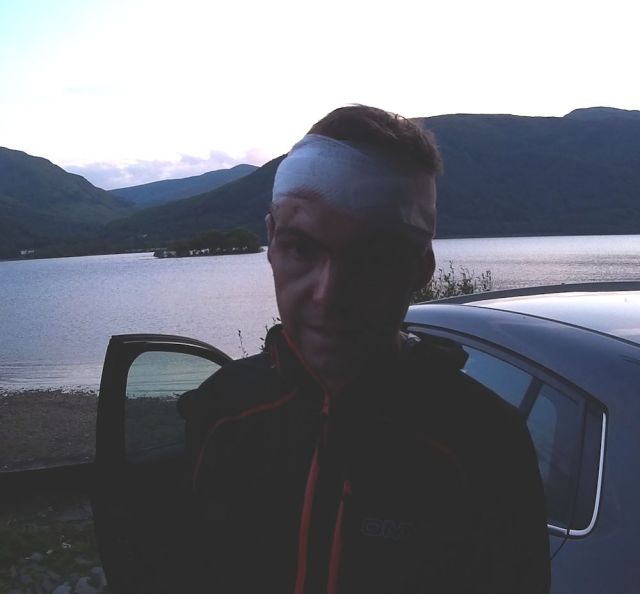 I drove Steven in his car to Paisley A&E while Katrina picked up Kirsty in our car.  Thankfully A&E wasn’t too busy and within a few hours Steven had been seen to but it took 14 stitches to sew it back together. 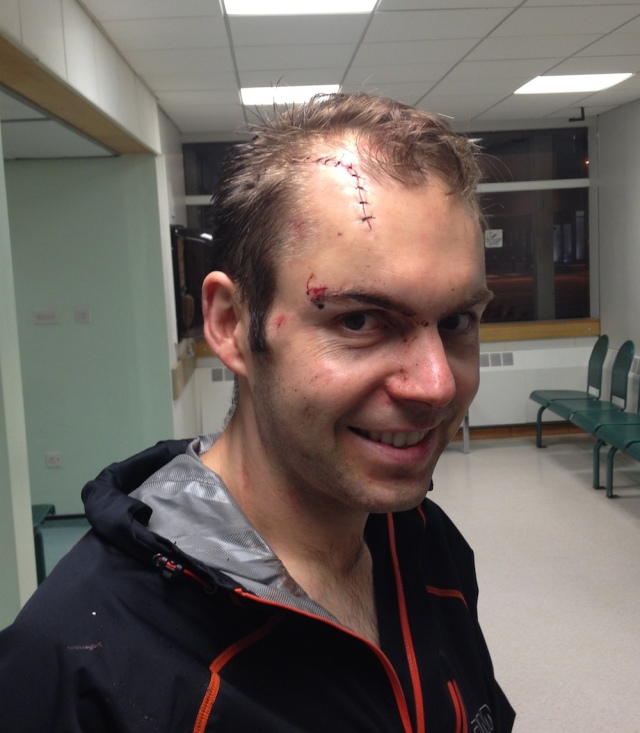 Steven has written up his account on his blog which make interesting reading as well!

Thankfully Steven is alright but will have a permanent reminder of his second trip up Ben Lomond!