I had planned a trip up Ben Lomond for Thursday night and Jonny asked whether I was interested in going up a different way and having a longer run.  I’m always up for a different route so a new longer route it was!

Jonny worked out a route on walk highlands and sent me the gps file so I could download it onto my Suunto Ambit. 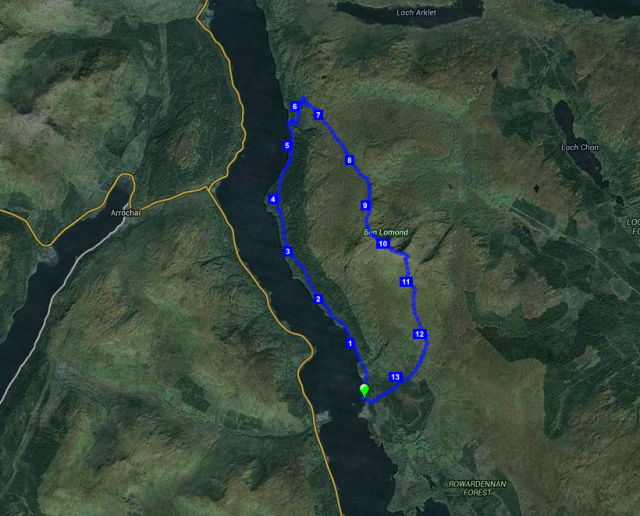 We started running from Rowardennan at 4.30pm and ran along the whw route until we reached the white Cottage after about 5.5miles.

We then climbed over the fence and followed the zig zag track up the hill.  There are some great views on the way up.

After a mile or so we left the track and made out way up Ben Lomond over the rough ground. It was very boggy and we reckon next time it would better to go over the small hill as it may be drier under foot.

It was a tough climb up to the Ptarmigan Ridge but all good training!  It was pretty hot and we were both dripping with sweat. We followed the fence line but it was boggy! 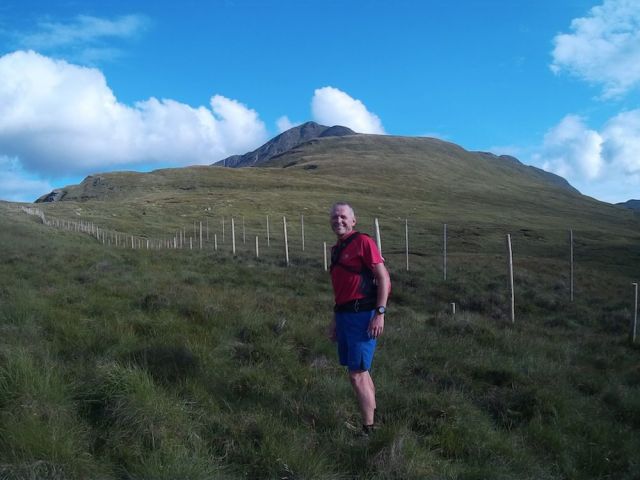 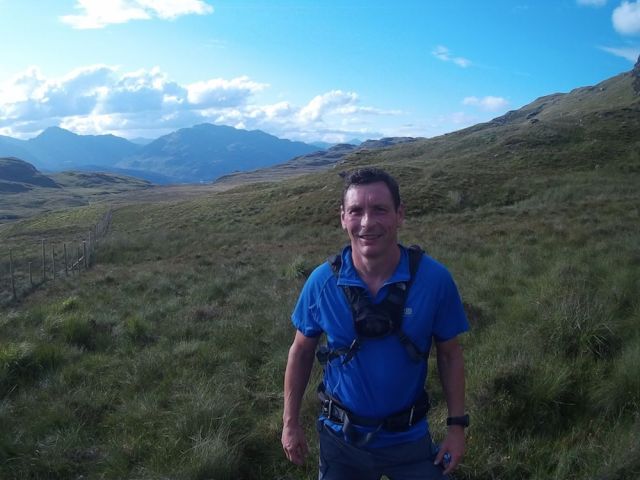 Once onto the ridge it was significantly cooler but not quite cold enough to need a jacket on.  Here is a photo looking down where we came up. We skirted round the hill in the middle of the photo …

We reached the top after 2hrs 40mins (9.60miles).  There were a group of 4 on the top all wearing kilts.  They were from France and having a great time.  We suggested to them that they descend on the Ptarmigan Ridge but I’m not sure they were going to. 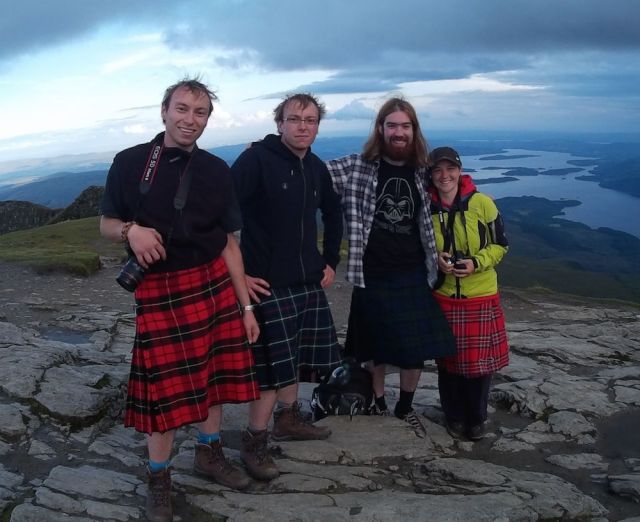 We ran down the tourist path with Jonny taking it easy so I could keep up. I couldn’t quite work out where Steven fell as all the blood has been washed away!

The 13.48miles took us 3hrs 44mins 21secs and we really enjoyed our new route.  We’ll certainly try that again.