It was my turn to support yesterday as Katrina and her friend Tracey ran the Kilmacolm Half Marathon. They are both building up to the Loch Ness Marathon and thought it would be good to do this race two weeks before the marathon.

I was taxi driver, chief (only?) supporter and jumper holder as they ran. The course is out and back on the cycle track towards Bridge of Weir so I decided to head down to the track at Kilmacolm and watch the runners go out and then once Katrina and Tracey had run past head up to the finish.

Here is a photo of Katrina and Tracey at the start …

I took along my small video camera and set it up to record all the runners as they went past …..

Katrina was about 45secs ahead of Tracey but both were running well.  The 10k started at 10.30am (30mins after the half marathon).  The course was the same but obviously turning round at 3miles rather compared to 6.5miles.

The leaders of the half marathon were going past the slower 10k runners.  It was a good spot to watch as lots of runners were going by.  It was fun to encourage them as they ran.

I saw Katrina coming towards me and while she was going well she said it was hard and she felt she was struggling a bit. About 10secs behind her was Tracey running really well and catching.

The route carries on for a mile or so before heading up to the finish so it gave me time to walk up and be there to see them come in.

Tracey finished 67th in a new personal best of 1:41:30 and Katrina came in 30secs later in 1:42:00 for 71st place. So a good run for both of them and a real confidence booster before Loch Ness. It will be interesting to see who finishes ahead. 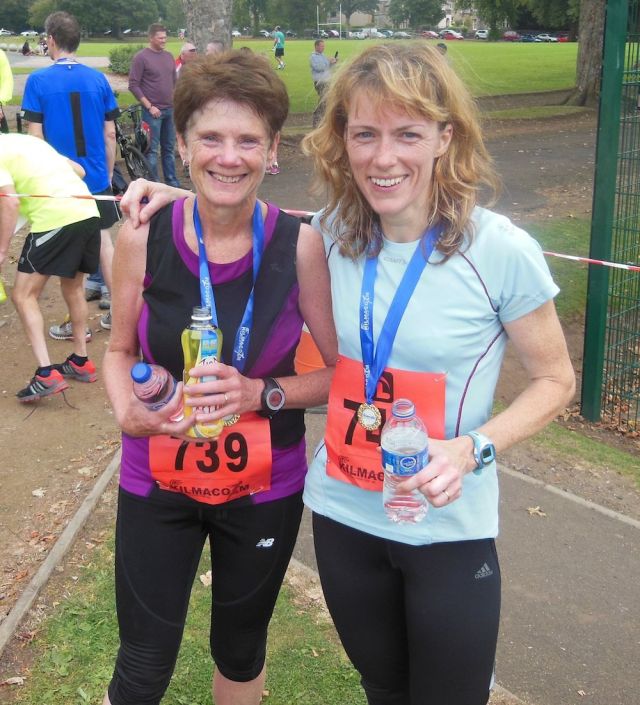 I went for an easy run at lunchtime today.  I felt pretty good and I’m really looking forward to Saturday’s Hardmoors 60 race.  I now have 89 guesses for my ‘Guess My Time’ competition.  I wonder if I’ll make 100??  If you want to take part you have until 6pm on Thursday 18th September.