On Friday night we went along to Giffnock North’s evening with Robert Hawkins. It was a really good evening as Robert shared the story of preparing his sons for the Commonwealth Games. Derek finished 9th in the Marathon and Callum did really well to qualify for the Scotland team.

My plan for this week was to have an easier week and that included the weekend. So I had 5-6miles on Saturday on the road and at around 10miles on Sunday on the Gleniffer Braes.

It was so nice to be able to run without jacket, gloves and buff. It was a little cold but once I got going it was lovely. I set off without a clear plan other than to see how I felt and run accordingly.

I didn’t look at my watch at all but ran as comfortable as I could but breathing a little harder than easy!

I was pleasantly surprised when I looked at my watch at the end of the run and saw that I had averaged 7:31 pace. Very happy with that.

Sunday – 11.73miles on the Gleniffer Braes

I set off at 7.30am in the light. I was thinking that 4 weeks ago I needed my head torch for the fist 30mins or so.

I only carried a pair of gloves and a light windproof jacket just in case but didn’t need them. The national cross country is next Sunday so I wanted to push the pace a bit in preparation but I also have half an eye on the Inverness Half Marathon in 3 weeks and the Hardmoors 55 in 5 weeks so I thought this route was beneficial to all of them.

Over the last few weeks I have lost 10lbs or so and I could really feel the difference as I climbed the hills. As you may know I like my spreadsheets and graphs so here is another one charting my weight since 1st January …

I felt strong throughout the run and hardly walked at all. I was keen to keep my pace under 9min miles for the 11miles and managed to do that.

I’ve been having a couple of problems with my SJ1000 camera so took it along to try it out. I set it up, ran back and ran back towards the camera but it cut out just as I turned to run so I’m a bit further away that planned! 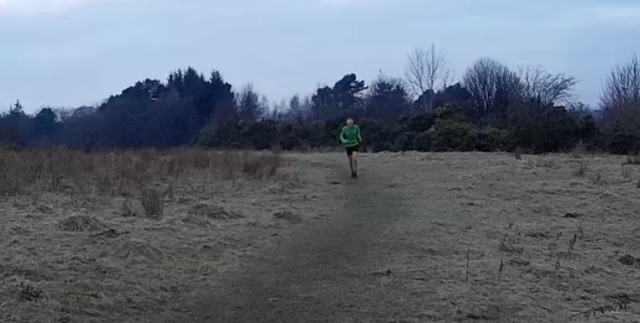 So it’s been a good solid week with just under 40miles run.

I’m still on target for both the Jantastic challenge …. 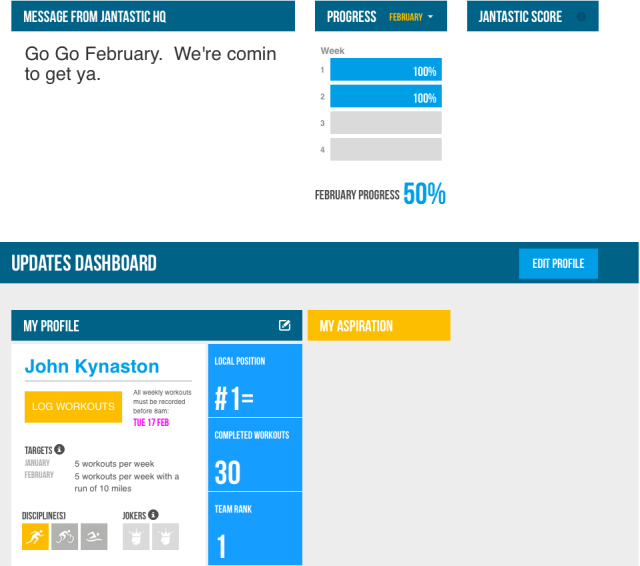 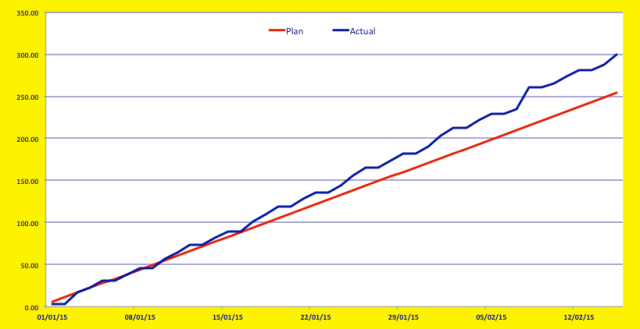 Our VW Caddy Maxi Van conversion is now complete. I’m uploading a video of what we have done as I type so I’ll post that once it’s on You Tube.