Run in the Black Mountains

This past weekend we were in South Wales visiting Katrina’s Dad.  He lives in the heart of the Brecon Beacons so I thought it would be rude not to take off for the afternoon for a run! With the Marathon de Ben Nevis two weeks away it would be my last longer run.

I looked on Strava for some ideas of where to run and decided to do an out and back. I had four and half hours to run so I ran out for two and a quarter turned round and ran back.

It was a beautiful afternoon with the sun shining. After 20mins or so I came across three guys with numbers on their back packs. I chatted to them and discovered they were doing the Brecon 10 Peaks Race. 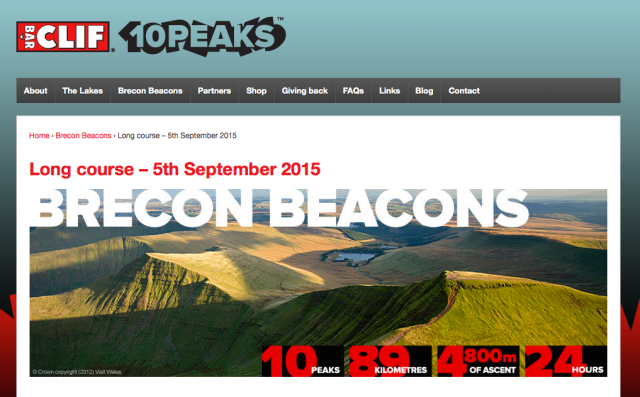 I would see a number of the runners during my run and one marshal point.  It is definitely a race I would like to do one day. I discovered the next day my friend Peter Jamieson was running.

It was a good climb up to Llyn y Fan Fawr lake and then up to the top of Fan Brycheiniog which is one of the 10 peaks and where I saw two guys who were marshalling there all day.

It was good to be able to encourage the runners as I passed them. They do an out and back to the next top Bannau Sir Gaer which was the route I was also doing. I made sure I let them know I wasn’t in the race as they had been going since 5am and this was around the half way point in the 89k race.

The run along the ridge was very spectacular with Lyn y Fan Fach down below.

I was moving well and enjoying running in a beautiful area.  I reached the top of another hill with stone cairns at 2:15 so stopped a quick photo and video and set off for the return run.

My half way point

The run back was just as good as I didn’t know the area so it felt like a completely different run anyway! I had put the route in the Suunto so it was good practise running following the line on my watch. 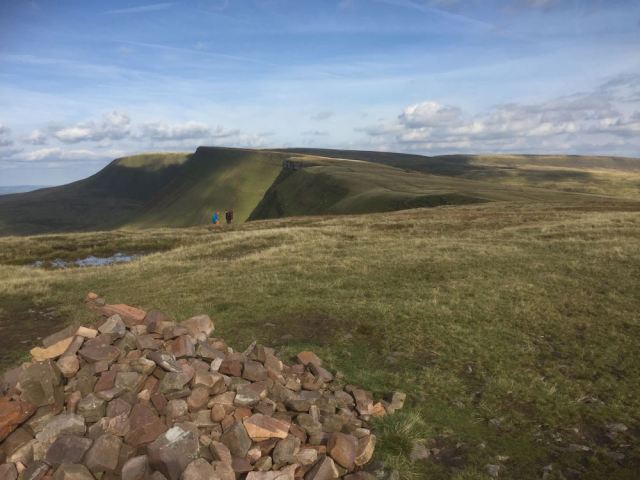 Heading back towards Fan Brycheiniog

I had taken a bottle of Tailwind and then another sachet but needed to find some water to refuel. Thankfully I found a fast flowing stream as I climbed up to where the marshals were.

They were waiting for a final runner. They had been at the checkpoint from about 8am and it was now about 5.30pm so a long shift for them! At least the weather was kind to them even though they said the morning was pretty grim.

I had a good run back down pausing for a final photo with the sun still shining!

I ran almost 18miles and had a really good afternoon out. Once back I had a shower and then we went out for a meal with Katrina’s Dad where I quickly made short change of a rack of ribs!

This entry was posted in Black Mountain Run. Bookmark the permalink.