Katrina, Cammie & I left Paisley at 7.45am to drive to Aberfoyle and then Kinlochard to join the Glee Club for latest Glee Club Run. We are enjoying running with this group as it gives us some new routes to run on and catch up with friends and make new friends.

I took a photo of the group before we set off. There were 22 of us and 6 dogs.

There were two options for the run. Both options ran the first 9 miles or so together and then option 1 would be to basically head back the same way making just over 20 miles. Option 2 was to head along Loch Arklet to Inversnaid to make a loop totalling about 27 miles.

I knew I would find to resist the longer route so planned to do that if there were enough runners wanting to go the extra miles.

We ran the route anticlockwise. It started with a steep climb and then headed north west along Loch Chon. The views all the way round were excellent. I ran with various folks finding out about Audrey’s recent marathons in the desert and the antarctic.

I also had a good chat with Jamie and Stan as we climbed the long hill to the start of the loop at the top of the run (for those doing the and back option). 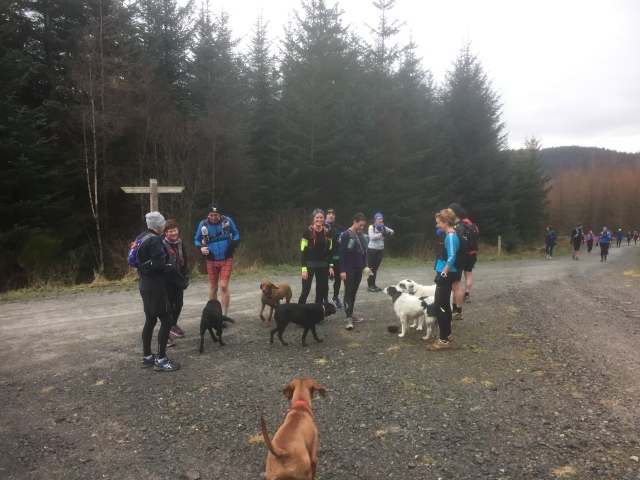 When we reached the top of the hill we stopped for a few minutes to let everyone catch up. It was good to see that everyone had someone to run with and there was plenty of chat going on …. even on the up hills! 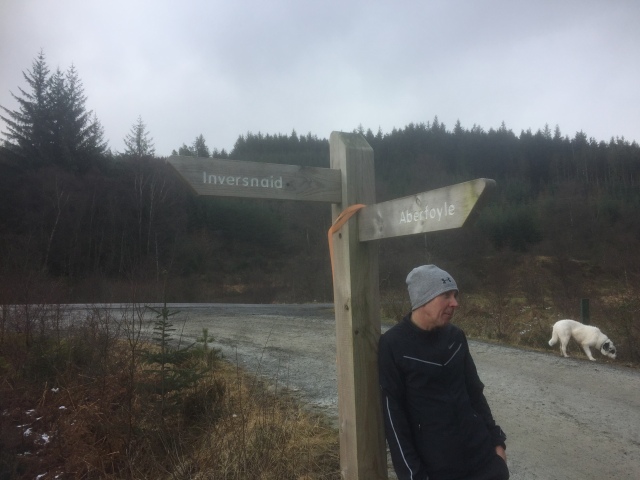 After this photo we ran a few more miles together before reaching the point where we would divide for option 1 or 2.

Five of us, Susan, Paul, Andy, Donald and I opted for the extra loop. I ran the next few miles with Susan who I hadn’t met before. Susan is doing the West Highland Way race for the first time this year and has recently come across the podcasts that I do.

I was encouraging Susan to aim for a sub 20hr time as I think she is well capable of doing doing that based on her Fling (9.45) and just how well she was running today. I look forward to seeing how she gets on!

The views of the Arrochar Alps in front of us were superb so I took a photo! 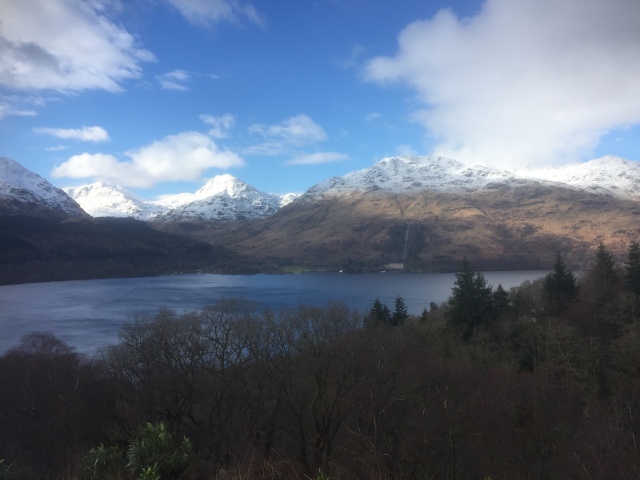 As we dropped down to Inversnaid we stopped at a bench which gave a lovely view of the Loch and the mountains. So I couldn’t resist a selfie.

The profile of the whole route shows how steep it is!

The weather had been quite mild for the majority of the day but once we reached the top of this climb it was a lot colder especially with the wind chill.

So it was good to head back down to warmer temperature. I was really pleased with how I was running. I felt pretty strong throughout the whole run.

For the final 5 miles we picked up the pace to around 8:15 mins per mile and I was hanging on a little but still kept up!

We finished the 27.41 miles in 5:26:38 which I was more than happy with. Cammie & Katrina had also had a great run. They stopped for a coffee and cake half way with Stan and then ran strongly all the way back to the car.

They had driven to Aberfoyle in our car so I got a lift from Andy. We met up at McGregor’s cafe were I had a very welcome hot chocolate before driving home.

This morning I went out for an easy run just to turn my legs over. My legs did feel a bit heavy but it has been a good week after an easy week last week. I’m glad to report that my knee is completely fine so it’s all good!

This entry was posted in Glee Club. Bookmark the permalink.