I joined the Glee Club for another run yesterday. I pick up Gavin & Lorna and then Lesley and the four of us chatted all the way to Brig o’ Turk where we met up with the group of 30 or so.

The group stayed pretty well together for the first 3.6 miles to the start of the loop. I ran most of the way with Amanda Hamilton and a few others. 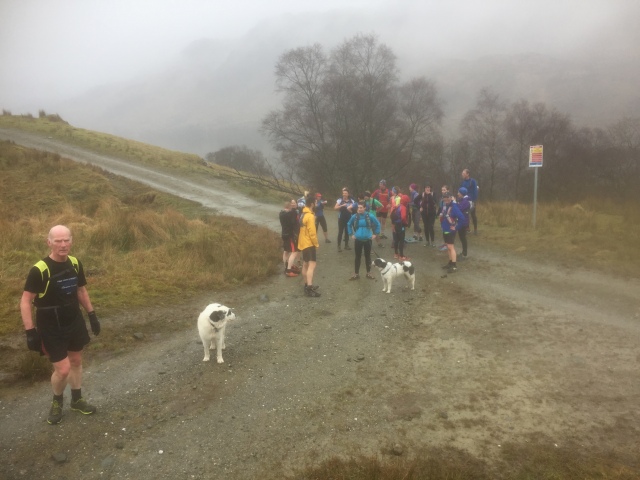 Once we got going again the group split up a bit but hopefully everyone was able to run with someone. I was in the group at the front with 6 others including Elspeth, Jamie, Mike, Stuart C and Stuart MacD.

There was a bit climb up to the top and by the time we got there it was quite cold and wet so we stopped for a quick photo before setting off to complete the loop. 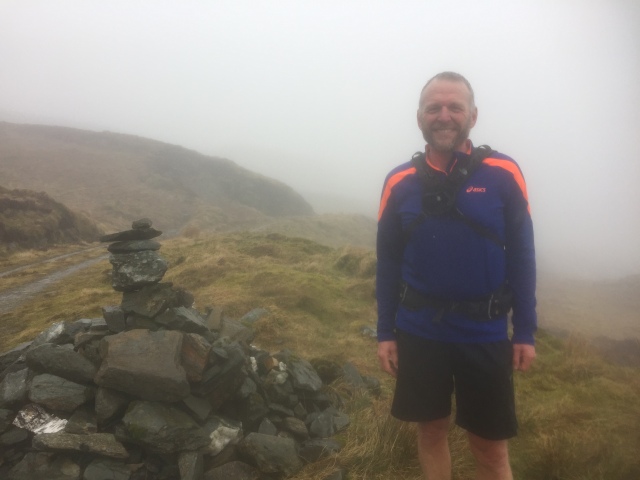 I’m really enjoying these Glee Club runs as it gives me a chance to run on a new route each month but also gives me the chance to run with and make new friends.

I ran the last few miles with Stuart MacDonald who runs with Giffnock North and knows Neal & Caroline. Stuart finished 6th in last year’s Cape Wrath ultra so I was keen to ask him tips on recovering after each day.

Stuart is running the Fling this year but also doing Kilder Ultra Marathon 3 weeks before so we chatted about the best way to approach that one.

We must have been deep in conversation as we missed one turn off on the stem and ended up running into Brig o’ Turk and going along the road to the car park.

Mike and Stuart arrived just after us having come down the right way.

The rest of the group came in over the next few minutes and then most of us headed back to Brig o’ Turk for some lunch in the cafe.

I really enjoyed the run and thanks again to everyone for a great run. I took some video clips and put them together in a short video.

This morning I was back up on the Gleniffer Braes for a run around my loop. I must admit I’m struggling a bit on these Sunday morning runs. My plan has been to try and run a bit quicker but the ground is so wet, muddy and boggy at the moment that I’ve not been able to run as quick as I want to.

So the highlight has been listening to a Five Live podcast ….

They discuss various topics and it’s a mixture of serious and funny.  It certainly makes the miles go faster especially on a route like the Braes that I run a lot!

This entry was posted in Glee Club. Bookmark the permalink.