Summary of our first week in Bali

I thought I would do a weekly update from our holiday in Bali. We are here a month visiting our daughter Emma, son-in-law Yonas and grandson Noah! We visited Bail four years ago when Emma and Yonas were married. Then two years ago just after Noah was born we visited Malang where they lived until a few weeks ago.

I’ve not been able to run yet but my ankle is definitely getting better. I’ve doing my rehab exercises at least twice a day. I have been able to get out cycling most days which has been good.

So here is a run down of our first week …

Summary of each day …
We are enjoying spending lots of time with Noah who is just over two and such a lovely character.

Tuesday 4th July
Trip to Ubud (about 30mins by car)
Katrina had a massage while Yonas helped me sort out a local SIM card so I can keep in touch with news, especially sports news – Wimbledon, Tour de France, Test Match vs South Africa – as well as friends running various ultra races.
We hired two bikes for the week. Emma & I cycled them home

Wednesday 5th July
In the morning Katrina and I went for a short cycle ride but I’m not sure Katrina enjoyed it too much! Her seat is quite uncomfortable and the amount of motorbikes and cars on the rode freaked her out a bit. I loved it!

In their afternoon we had an outing to Sanur which is about 45mins away. Sanur is one of the main beach resorts and is a lovely place to have so close. We did some shopping and had a wander down the beach. I found a guy who hires windsurfers so I think I’ll have a go at that next week when Katrina and I are going to have a couple of nights in a hotel. 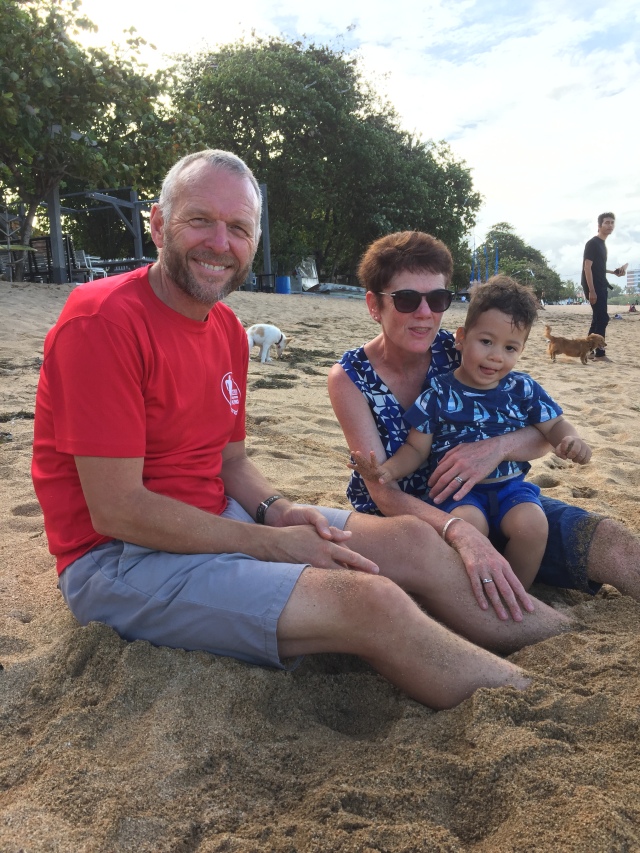 Thursday 6th July
I went out for a longer cycle ride (17miles) on my own.

With my local SIM card I can use my strava app which means I can see where I am the whole time and makes it easier to navigate around. It was a lovely ride through the local rice fields. I took some video clips and made a little video which I will upload when I have some wifi.

In the afternoon Katrina, Emma & I had a a walk to the Green School where Emma has her new job. We weren’t able to go in yet as Emma doesn’t have her pass but we were able to book a tour for next Friday which we are really looking forward to. It will be great to see where Emma will be teaching and find out more about the school.

Most evenings we play various games including Bohnanza, Settlers and a card game which Yonas has taught us. I’m yet to win a game of anything!!

Friday 7th July
Initially Katrina & I were going to cycle to Ubud but it rained all night and was still raining during the day so we opted for a shopping trip to Kuta instead. There are lots of retail shops and fancy shopping malls so it was a good option.

We also had a lovely meal out.

I spent most of the time in the shops chasing Noah round which suited me just fine!! Noah is such an independent character and loves to explore. It is so much fun following him round to see where he wants to go!

In the evening Katrina & I watched a couple of episodes of ‘Designated Survivor’ I was able to download it onto my iPad from Netflix before we left. It is a great series and I would recommended it!

Saturday 8th July
I was out for another cycle ride but this time in the pouring rain! At least it was still warm. I did a different loop going past the Zoo and Bird Park. I didn’t stop for as many photos this time as it was pretty wet!

As it was still raining and Katrina didn’t fancy getting soaked cycling Yonas gave us a lift to Ubud and then they all came to pick us later in the day.

Katrina & I went for a massage which was great and then had some lunch and wandered around the many shops. There are loads of tourists around speaking a whole variety of languages. There are lots of Australians as it is only a 6hr flight from Sydney.

Sunday 9th July
I’ve been out for another ride this morning. This time in the dry. Once back YOnas gave me a hair and beard cut!

After lunch we are heading back to Kuta where we are going to go to the Hillsong Church at 5pm for the service which we are looking forward to.

I have enjoyed reading Steve Birkinshaw’s book ‘There is no map in hell’ about his record of running all 214 Wainwrights in the Lake District. It is a strange title which isn’t really explained but the book is superb and well worth a read. I’ll do a review on another post. 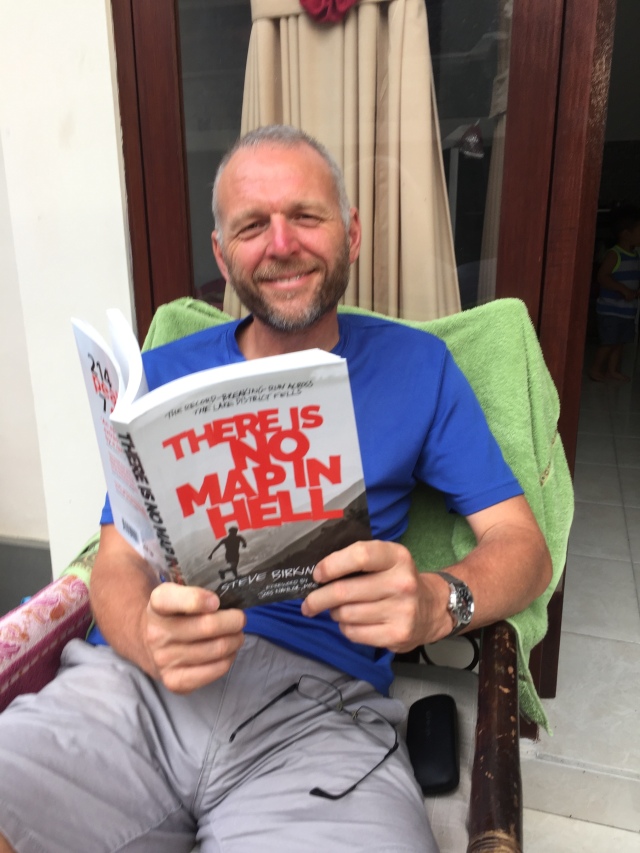 1 Response to Summary of our first week in Bali