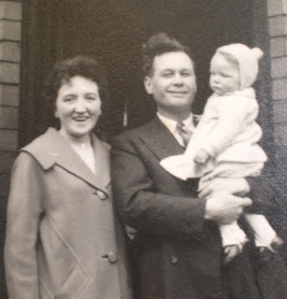 With Mum and Dad

My parents are Phil (passed away in January 2009) and Gwen. I have one sister, Sue, who is married to Dave. They have two sons Phil and  Steve.
I went to Mosspits Primary School and then Holt Comprehensive School (now called Childwall Community School).
The most significant event in my life was the day I became a Christian when I was 16 through my involvement with a Boys’ Brigade company at Bethel Church.
I trained as a Physical Education Teacher at Chester College from 1977-80. With College friends (I’m 2nd on the left)

After teaching for a year at Lymington I worked and studied at Capernwray Hall, near Carnforth, Lancashire.

From 1982-85 I worked as a staff worker for UCCF (Universities and Colleges Christian Fellowship). During this time I met and married Katrina. Our first year of marriage was spent at All Nations Christian College, Ware, Hertfordshire where we did a one year diploma of mission course.

In Feb 1987 we went to Bangladesh to work with a Christian organisation for three years. 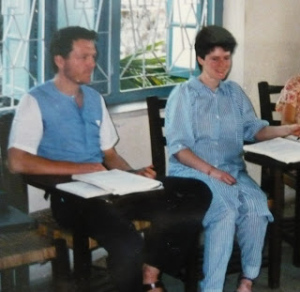 During this time Joanna and Emma were born. Emma and Jo - one month old

We spent six months at home in the UK during 1990, when Laura was born. In July 1990 we went to work at Hebron School in South India. We spent five years at Hebron where I taught PE and Religious Studies and together we ran the Inter Boys dorm (25-30 boys aged 12-14). During our time at Hebron Hollie was born in 1992. 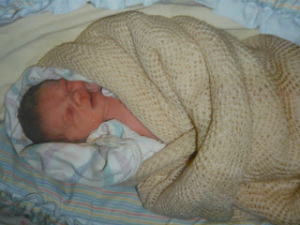 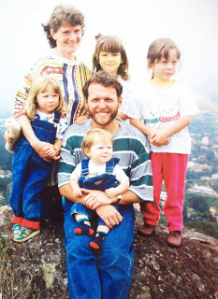 We came home to the UK in 1995 and moved to Leicester in March 1996 as I took up a role within SIM as a regional representative for the Midlands.
We settled at Knighton Evangelical Free Church and from September 1998 I worked full time at the church as Assistant Pastor.
In August 2001 I started at Hopehall Evangelical Church, Paisley as Pastor and stayed for 7 years.

Laura and Josh were married in February 2009. Josh & Laura on their wedding day

In September 2009 I felt it was right for the church and for me to move on and change direction.

After a few weeks of unemployment I was offered a job as an Active Schools Coordinator with West Dunbartonshire Council for 2 days a week. I also started teaching swimming with Discover Swimming on the other days.
In April 2010 I started a full time Active Schools Coordinators post with Glasgow Council where I am still working.
In October 2010 Jo and Jono were married. 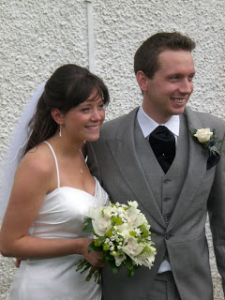 Jo & Jono on their wedding day 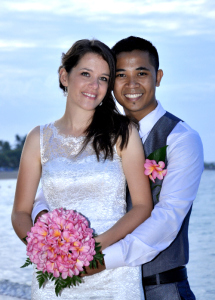 Emma & Yonas on their wedding day