Yesterday, Saturday 7th October 2017, was the second Dunoon Ultra Marathon (33miles). Katrina heard lots of good things about the event from last year and decided to enter this year.

We left Paisley at 7pm and drove the long way round to Dunoon. We stayed at the Cop House Campsite which meant we only had to get up at 5.30am to get down to the registration at 6.30am

It was great to meet up with Thomas and Silke and the rest of the Greenock Glenpark Harriers group who were running the race, some individuals and two relay teams. Our good friend Lesley McKerral was running plus lots of other friends including Donald & Elaine, Pauline and Fiona. Just before the start I walked down the track half a mile or so and videoed everyone going past.  I put it together and posted on YouTube ….

Once they had all gone through I had planned to drive up to the checkpoint at Glenbranter (14 miles) but Scot one of the race organisers said that if I was quick I could walk up the hill opposite the Benmore Gardens and catch the runners again at 3 miles.

So that is what I did and I made it in time to see the first runner go past. So I took video clips of all the runners as they went past running up a hill.

Katrina was chatting away with as she ran up the hill so I took that as a good sign. I was concerned about Lesley though! She stopped when she saw me and said she wasn’t happy and didn’t really want to be there. I encouraged her to walk the up hills and just keep going!

Once all the runners were through I walked back down the hill and drive to checkpoint 2 at Glenbranter. Thomas & Silke were there so we had a good chat as the runners went through.

Katrina arrived about 10.45am (2hrs 45mins). Thomas took a great photo of her as she approached the checkpoint. 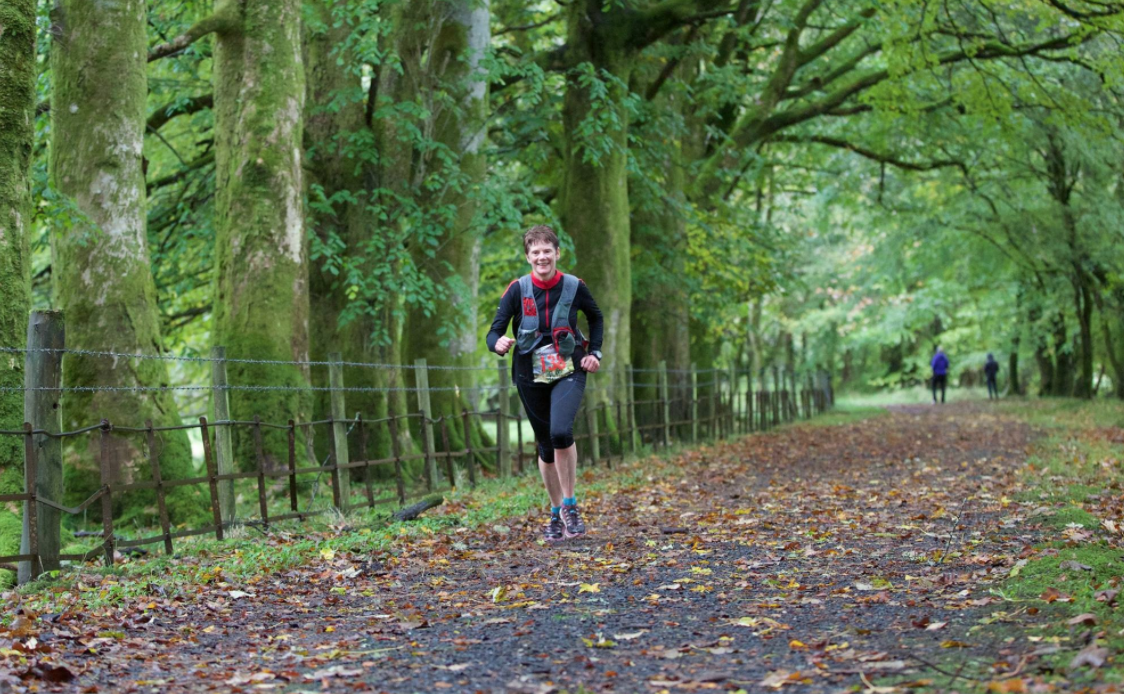 Katrina seemed happy enough though she was feeling tired. She ate a fruit pot and then set off for the next checkpoint which was about 10 miles away.

I walked down the lane to cheer on Lesley. I was hoping she would be feeling better and I’m glad to report that she was. I decided to jog alongside her and chat for a few minutes we she approached the checkpoint.

Suddenly I tripped and fell straight into the mud! Lesley was concerned I was okay so I’m going to claim it was all part of my master plan to divert her attention from her own race to looking after a clumsy clot like me!

Once Lesley was through the checkpoint I headed back down the road to checkpoint 3 at Benmore Gardens. I had time for a hot chocolate before heading to the checkpoint to cheer on the runners coming through.

Katrina arrived about 12.25pm still running well. The last leg didn’t have as much climbing and she was running okay. She had a quick drink of coke and was on her way for the final leg to Dunoon.

Again I waited for Lesley. She arrived about 30mins later in good spirits. It’s amazing how you can turn a race around and Lesley was so much happier now than she was at 3miles! This photo says it all! 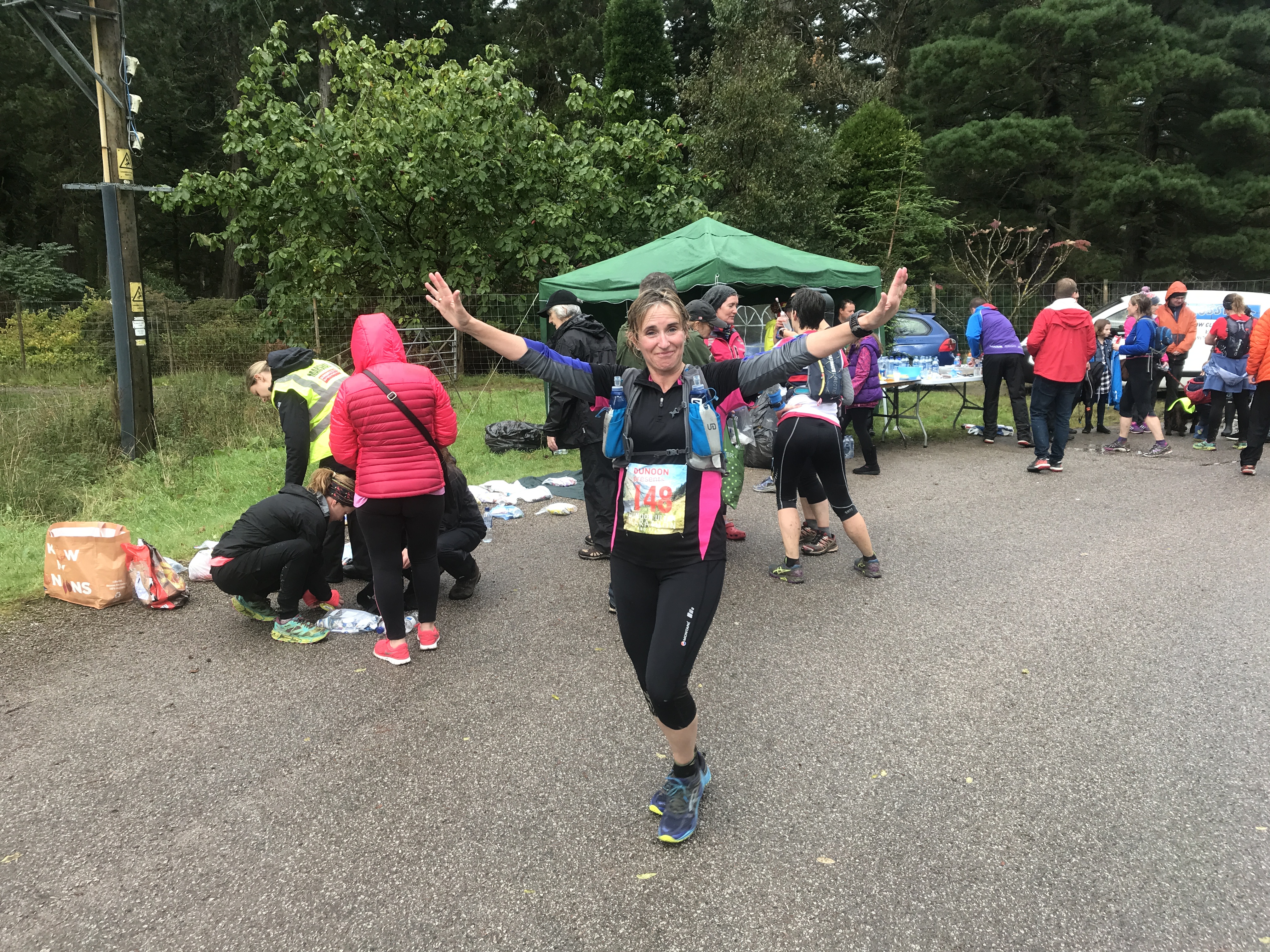 I was planning to drive straight to the finish but Scot told me I could see Katrina and Lesley one more time at a road crossing about 3 miles away.

I arrived about 5 mins before Katrina arrived. I explained she had one more hill to climb before the descent to Dunoon.  Again I waited until Lesley ran through before driving to the finish at Dunoon.

I arrived in plenty of time and it was good to soak up the finish atmosphere. The finish is on the pier which makes a superb finish.

I reckoned that Katrina would arrive before 3pm which she did! Katrina finished in 76th position in 6hrs 48mins 36secs. Thomas took a lovely photo as she crossed the line … Katrina was very happy to finish and enjoyed her complimentary beer. We waited for Lesley to come in. She finished in 7hrs 18mins really happy!

Here is a video of Katrina and Lesley as they finished …

So congratulations to Katrina and Lesley and all the other runners. The race was superbly organised and it is definitely one I want to do! This entry was posted in Dunoon Ultra. Bookmark the permalink.