I always like to do a recce run particularly on a course I’ve not done before so Katrina & I headed down to the Lake District to do a run on the Grand Tour of Skiddaw route.  We called in to see our friends Dave and Tracey in Keswick on Saturday.

Just after we arrived I was checking on the phone to see how Jon Steele and Phill Turton were doing on their 140 mile race Coast to Coast.  To my surprise the trackers showed that they were just past Keswick so Katrina suggested we jump in the car and encouraged them on their way.

Dave knew just where to go as we arrived at a road junction and there they were!  Great timing! So we walked up the hill with them.  They were about 38 miles into the route and going well! It was great to see them and we hoped our surprise meeting would encourage them!  Sadly we discovered the next day that Phill had to drop out with injury at 114 miles but Jon finished!

We stayed with Gaynor on Saturday night and Jonny arrived just as Bolt was finishing off the 4 x 100m relay!  Gaynor is the Race Director of the Tour of Skiddaw race and had offered to run with us.

The full route is 44 miles so we decided to start at Caldbeck checkpoint which is 7.5miles into the race.  Then we could do the full loop back to Caldbeck. We set off about 8.20am in the rain with the mist on the hills. 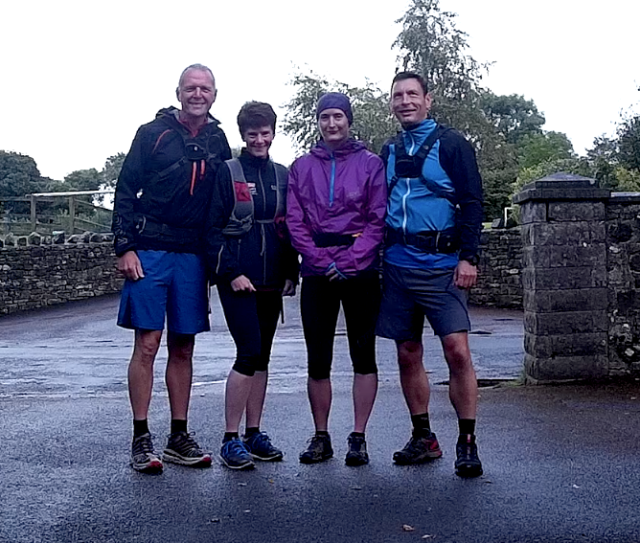 We really enjoyed the course and we are looking forward to coming back on Saturday 23rd August for the race.  The weather was pretty wet and windy for the first half of the day but once we came off Skiddaw it improved dramatically and we had lovely weather.

Dave Troman ran out from Keswick and joined us for a few hours going up Skiddaw.  He headed back down to his house in Keswick while we continued on the loop. I took lots of video clips on the route.  I’ve made a video diary of the day which is now uploading to YouTube.  It may be ready by tomorrow! It will be a good reminder for us and hopefully help others who are planning to do the race but can’t get on the course before the race. 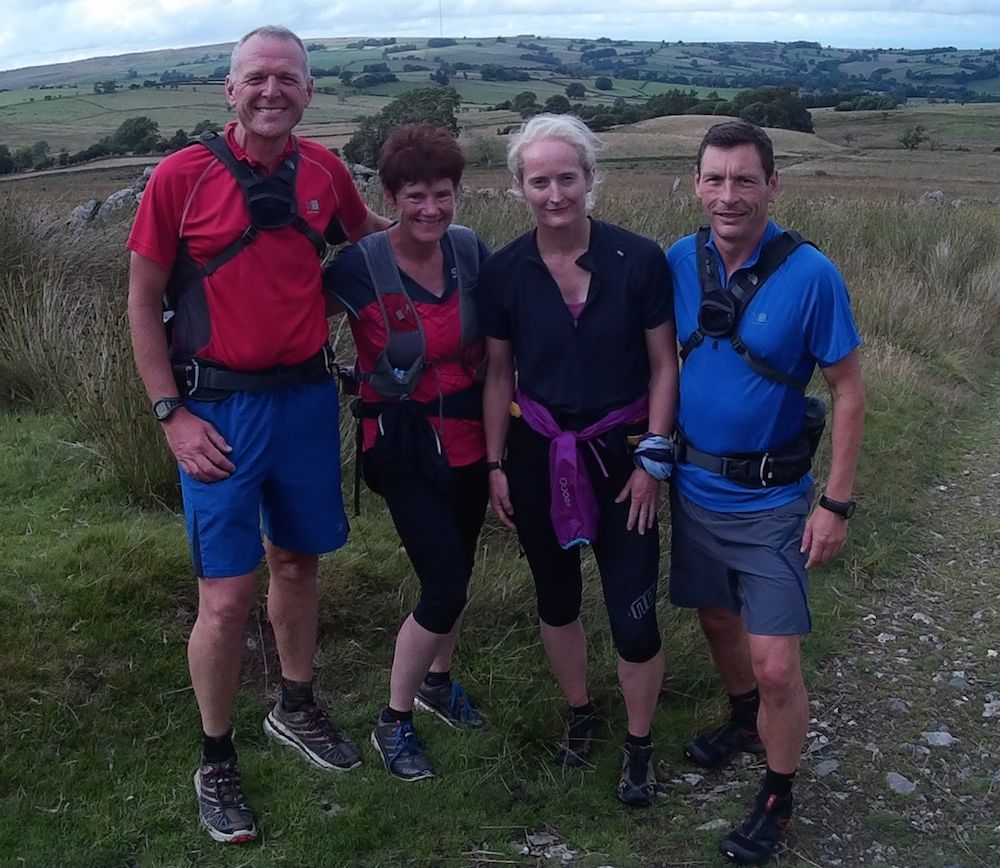 This entry was posted in Tour of Skiddaw. Bookmark the permalink.