Yesterday was our 30th Wedding Anniversary.  I put the following photo and comment on my Facebook page and we had over 300 likes and 87 comments …. thanks!

Happy 30th Wedding Anniversary Katrina !! Little did we know when we married in Derby in 1985 that 30 years later we would have four lovely daughters, Jo, Emma, Laura & Hollie, three handsome son-in-laws Jono, Joshua & Yonas and two gorgeous grandsons Noah and Seth (and one more to arrive in December!). Looking forward to what the next 30 years brings!! 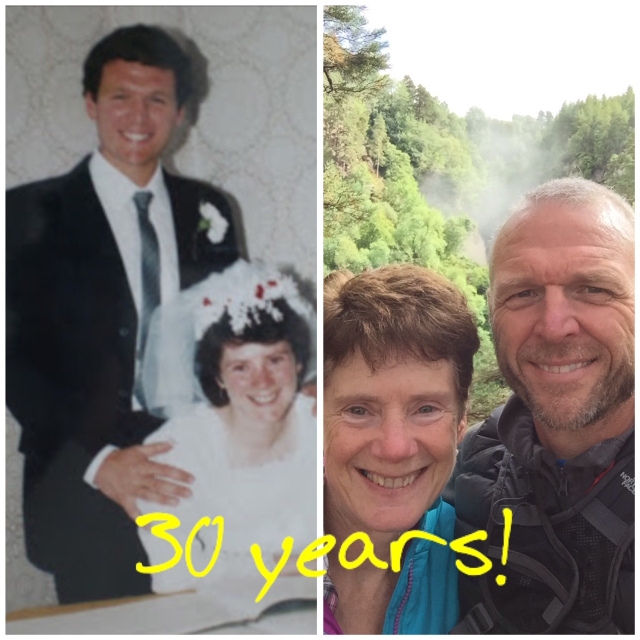 We had a weekend away staying in a nice hotel on Loch Ness visiting the Falls of Foyers where the photo on the right was taken.

I didn’t run over the weekend as we were away so was looking forward to a run after work. I’ve entered the Hesselhead 10k on Wednesday which is a local race at Castle Semple run on the cycle track near Lochwinnoch. I felt I was near my red zone during the middle 2 miles so I’m not sure whether I can sustain that pace for 6.2 miles but 6:26 pace is actually 40mins so we’ll see!! The second mile was more downhill which helped with the pace!

This entry was posted in tempo run. Bookmark the permalink.