This week has been an easy week with a couple of runs on Tuesday and Thursday. I’ve had a bit of a head cold with snuffy nose so it worked out quite well!

I was keen to run the Linwood parkrun as I’ve done one this year. Also our good friends Neal and Caroline were running so arranged to go for a swim afterwards and have lunch at our house. We even ‘borrowed’ Micah for the swim which was great fun.

I didn’t feel particularly good during a warm up lap but decided to push as hard as I could for the run and see what happened.

I started with Neal who was pushing Harrison in his buggy and hoped I could stay ahead of him. We had had some fun banter on twitter before the run ….

I set off with the aim of keeping my breathing under control and running as hard as I could. Martin was out taking photos and took some at the end of the first straight. 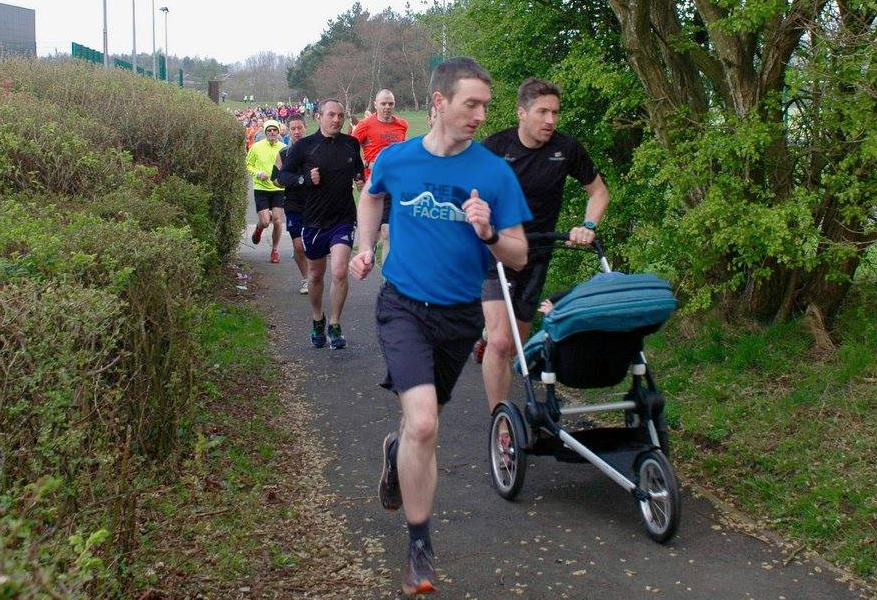 Neal not far behind Over the first lap I slowly caught up and passed a few runners and was happy that Neal was still behind me. I was feeling okay and concentrating on keeping a steady pace and effort.

Martin took some more photos at the end of lap 1. Caroline was concentrating hard on her run too!

On the second lap I tried to hang on to a guy just in front but he pulled away a few yards. Then as we ran down the dirt section of the run I could hear a buggy behind me and knew that Neal wasn’t far away.

When we reached the 90 degree left turn I glanced back and sure enough I saw the buggy. Initially I resigned myself that he would be going past but then decided to make it as hard as I could for him!

As the second loop went on and he didn’t catch me I was more hopeful that I might be able to stay ahead but I know only too well about Neal’s sprint finish. In certainly helped me keep my pace up!

As we turned left for the final time I couldn’t hear him so hoped I had enough of a lead to hold him off to the finish. I did!! 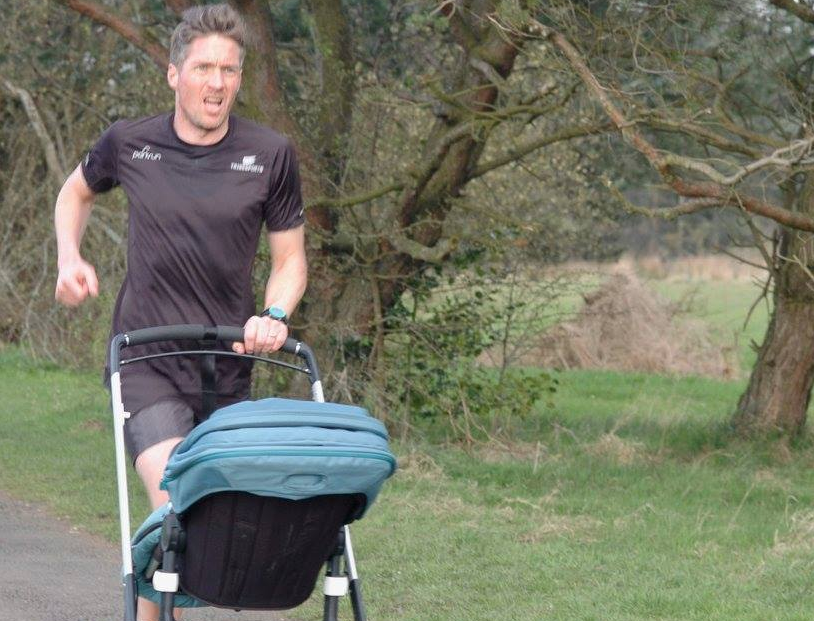 Neal hard on my heals 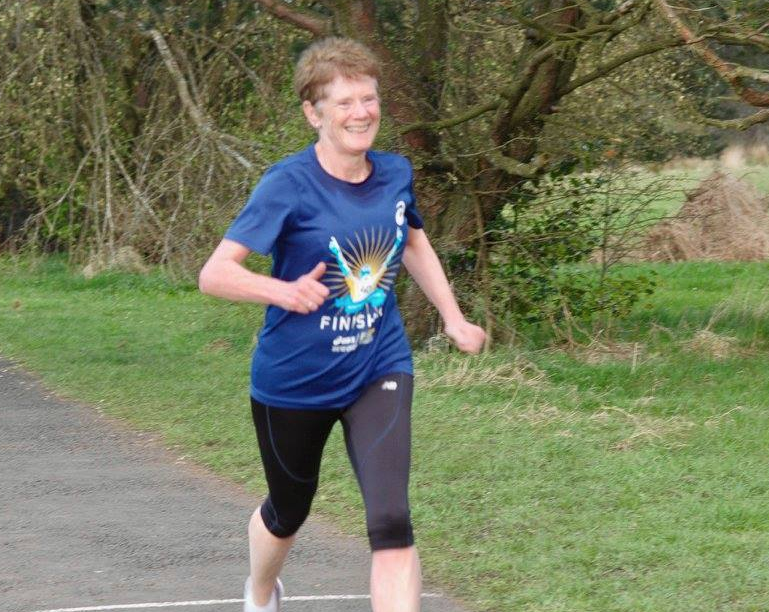 Katrina finishing with a smile on her face! Most impressive was Katrina’s 37 second pb!! which took her to 4th place in the age graded results. Well done Katrina! Caroline also ran a pb at Linwood so both of them are in good shape for the Stirling Marathon.

Laura brought Micah over so we could take him swimming. So time for a photo … This entry was posted in Linwood parkrun. Bookmark the permalink.