For my run yesterday I was keen to push the pace a bit and see how I ran but my plans were scuppered a bit by the icy paths. I started off feeling good but it was hard to keep the pace up on the icy bits.

In the end I was quite happy to run the 8.52 miles at 7:48 pace which included a few miles nearer 7 min miles.

Sunday - Off road run on the Gleniffer Braes

Initially I planned to run on my own but in the end Steven and David joined me. Steven has planned to run with the West Highland Way Race training run from Balmaha yesterday but he woke up to discover someone had smashed his windscreen he couldn’t make it.

We left my house at 7.30am just as it was getting light. It was a lovely clear morning so I took my camera!

Once we go up onto the Braes the snow was still lying but for the most part easy to run on. We had to watch out for a few icy patches but no-one slipped so all was good.

I’ve been running up on the Braes for over 8 years but Steven and David showed me a new loop.  Here is a map of our run …. 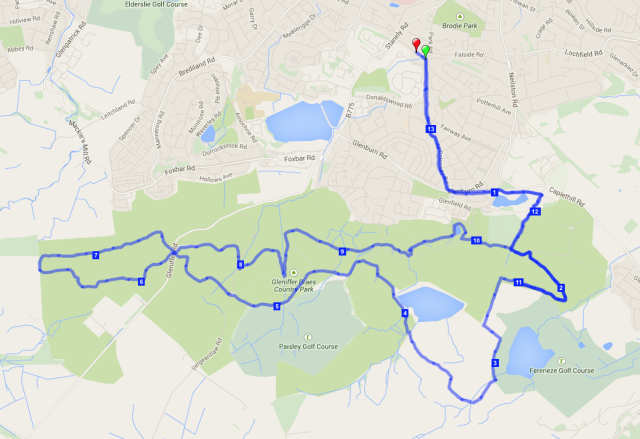 Here is the extra bit we added on compared to my normal route ….

It added on an extra 0.75 mile but also had the advantage of missing out a very boggy bit alongside the reservoir.  I’ll be using this route from now on.

It also meant I saw a tree which both Paul G and Colin K have posted photos of which I had never quite worked out where it was. Now I know! We paused for a photo at the trig point with Ben Lomond in the background …. The sun was coming up as we headed back to Paisley …. Time for a few more photos ….. 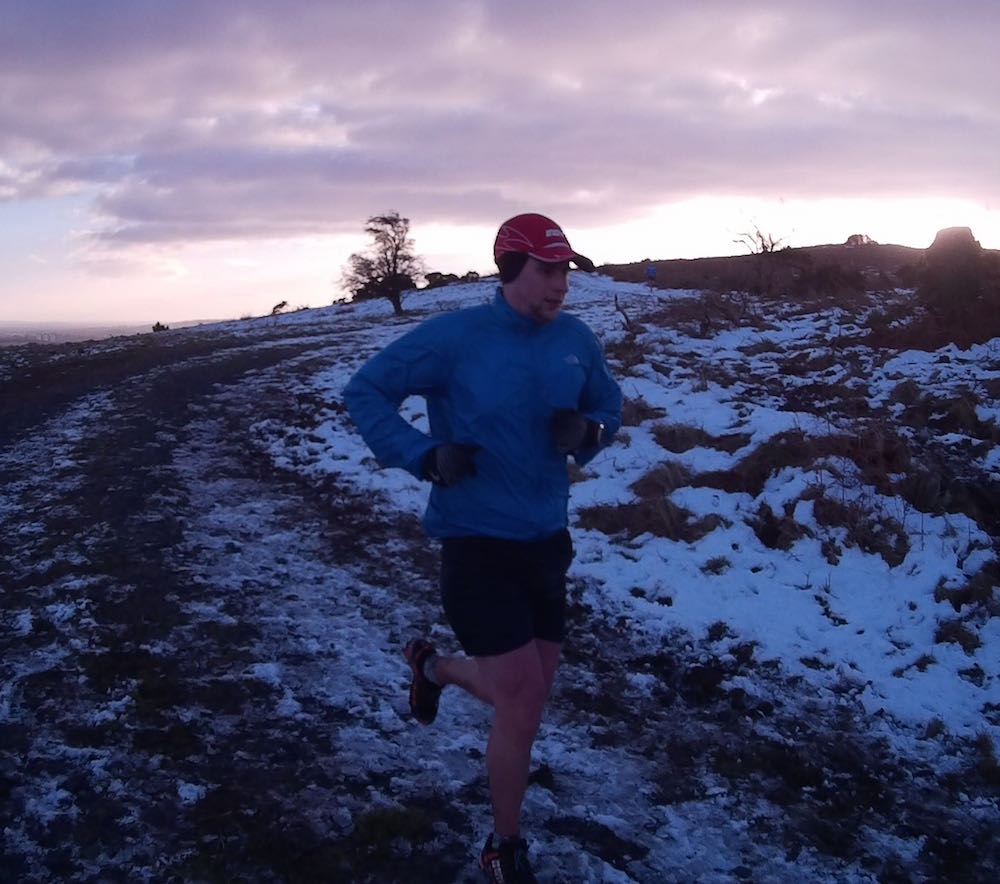 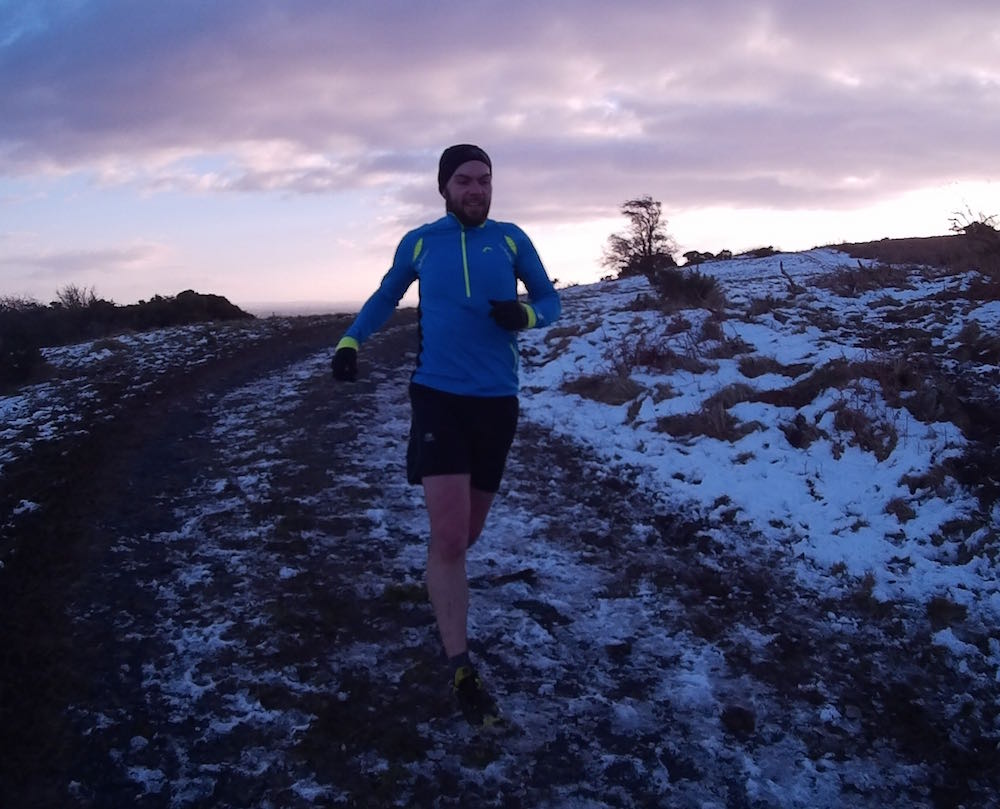 We we had a great run. Thanks for the company Steven and David! I was feeling really strong and glad that I had been up there last on my own to get back into some off road running. 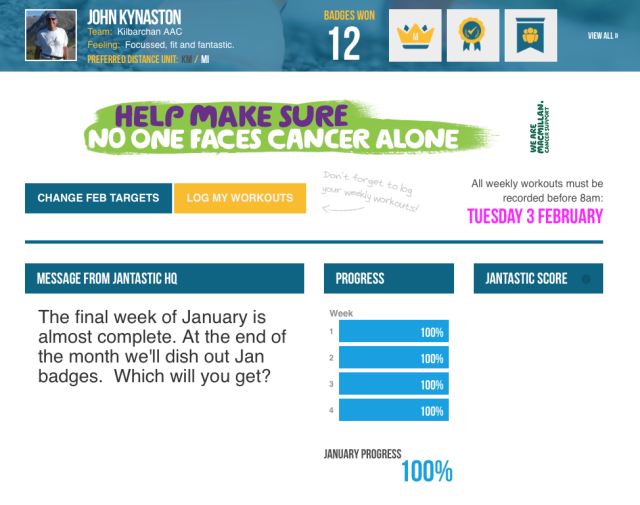 So a good week and I get do it all again next week with the addition of a 25 mile run from Rowardennan next Sunday.  If anyone fancies joining me let me know!