I often like to have a run round Brodie Park as my last run before an ultra race so I set off after work to run 3 loops which would be just over 4miles.  I wore my pack just as a final practice run. My Guess My Time Competition is now closed. I received 128 guesses which must be one of my largest ever! So thank you to everyone who sent in a guess. I tried to keep track of them all but if I have missed yours for some reason please let me know!

I have decided that is there is a tie (ie same number of seconds away from my official time) then I’m going to go with the quickest time.

The breakdown is as follows … 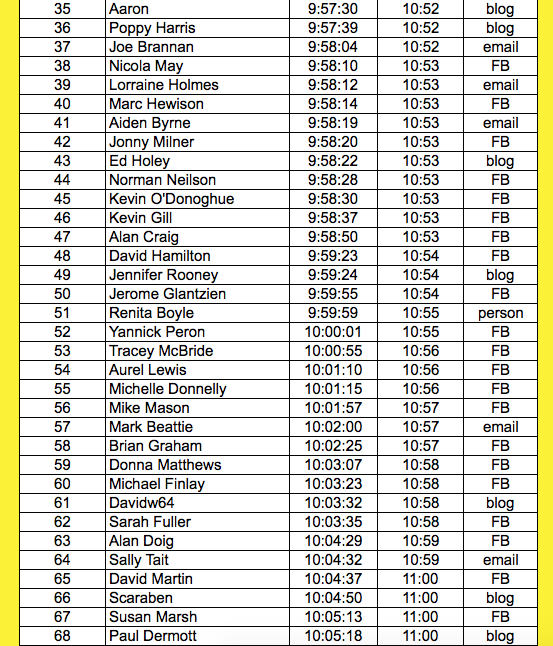 I will try and update my time as soon as I can after the race.  Thanks again I look forward to seeing who is the closest guess.

2 Responses to Guess My Time Entries