My training hasn’t gone to plan this week. My plan was to have a solid week of my normal training before a single taper week in preparation for the Hardmoors 50 on Saturday 16th March.

In the end I only ran twice on Monday and Saturday but I think it was the correct decision.

My side was still sore after my tumble on Saturday but I don’t want to miss this session so decided to go and see how it was. The warm up was okay. My side was sore but I hoped I’d be able to manage the session which was 10 x 3min with 90secs recovery.

As we did the strides I realised it was going to hurt more if I upped the pace. As soon as we started the session I knew I was in trouble so decided to take it steady rather than pushing hard as I would normally do.

I must admit I didn’t enjoy it much as I was in pain which is never much fun. I completed the session but a lot slower than I had hoped. Last week I ran a mile further over the same 30mins of running. I was definitely at the back of the group this week! I’m not sure you can even call the final rep ‘speed work’!

I had planned to do my regular Ben Lomond run on Wednesday and my lunchtime Pollok Park run on Thursday but I decided to rest and allow my side to settle down.

With the Hardmoors 50 coming up a week on Saturday I wasn’t going to add anything to my fitness and I would rather get to the race injury free and ready to run than do my planned runs and aggravate it further.

I was wondering whether I might have put on a pound or two as I haven’t run as much so I was quite surprised but happy to see my weight exactly the same as last week.

My side felt so much better so I set off for a run on the Gleniffer Braes as a dress rehearsal for the Hardmoors 50. I wore the gear I plan to race in and carried the same kit I’ll be carrying.

I set off with the plan of covering my 12 mile loop but I gave myself permission to cut it short if my side was hurting too much. Thankfully I was able to run the full route without any problems.

I could feel my side but on a scale of 1-10 it was barely 2. Hopefully by next Saturday all the pain will be gone.

It was very muddy on the route but it was good to be out again after a few days off. 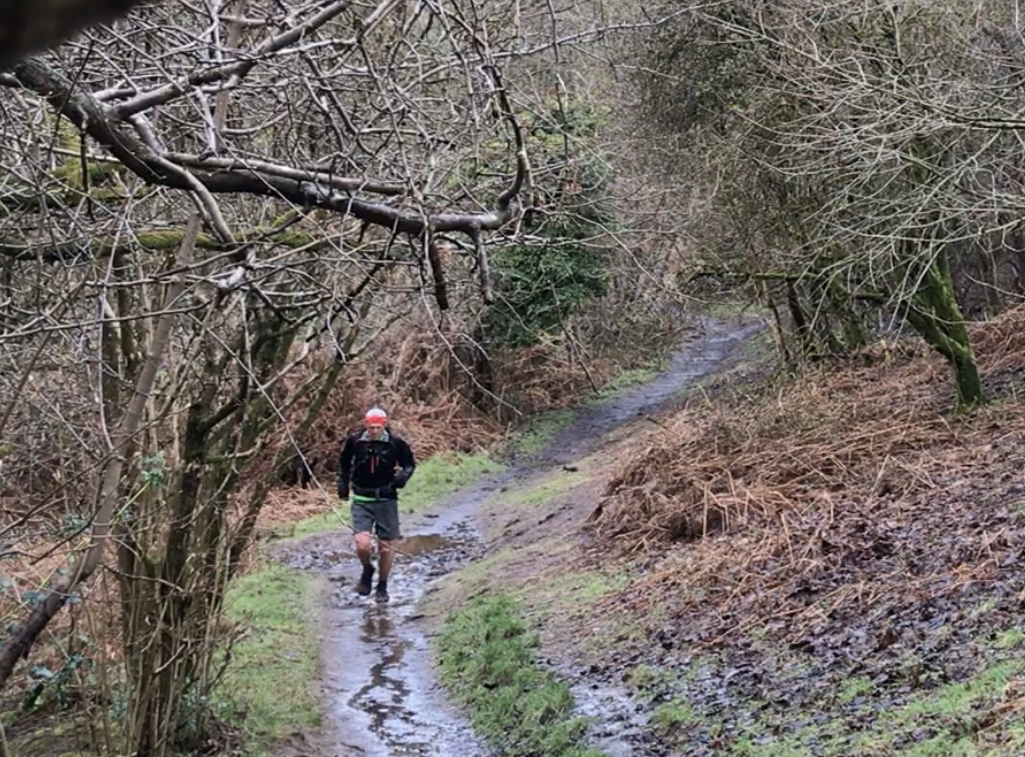 Due to my injury I only ran twice this week but it was definitely the right decision especially with the Hardmoors 50 race coming up next Saturday.