This week I wanted to do some quality sessions with plenty of ascent.

As it was Bank Holiday Monday we only had 3 in our group but we worked hard and kept pushing each other right through the run. I was pleased with my effort over the session especially as I was consistent right to the end.  I did reflect on the fact though that in my mid twenties I could run a half marathon at sub 6min per mile pace. Now the best I can manage is 1min at that pace!

I cycled 9.7 miles to and from work as our Van was in the garage to sort out the sliding door handle (fixed now).

I was keen to see where my fitness is at as I’ve done these hill reps once a month. I did 4 reps and pushed as hard as I could up and down. I felt good and I was really pleased with the numbers. Looking back over the past 4 months here are the stats for the four sets of hill reps I’ve done in this training block. I was keen to do a double Ben Lomond in the final stage of my build up to the Dragon’s Back. I thought it would also be good in getting ready for the Silva Great Lakeland 3 day event starting on Saturday 2nd May.

I was able to leave work early so I arrived at Rowardennan at 2.30pm and was running by 2.50pm. The weather wasn’t great but I have seen the views lots of times so it was all about the effort.

I was keen to climb at a steady effort and aim to do both ascents in a similar time. In it good physical training but also a good mental challenge.

Here is my route (clockwise) and the profile. It was very misty and very windy on the top but not too bad. I felt pretty comfortable on the first ascent and descent. I stopped for a few minutes and then set off again.

I found the second ascent easier and the wind had died down a bit so it wasn’t quite so hard going.

Here are my stats for the double climb.

I was a little slower on the second loop but overall I was happy with my effort.

No running but Katrina and I were part of the army of volunteers helping at the 14th Highland Fling. We were up at 3.15am and on car park duty from 4.15-5.45am at Milngavie.

We watched the start at 6am then after some breakfast headed to Inversnaid to look after the running as they came past us at 34 miles.

We had a great team and even though it rained for the majority of the time we all enjoyed it and hopefully helped all the runners coming through.

I really appreciate volunteers who have helped me in countless races so it’s always good to be able to give something back. I have been involved in 12 of the 14 races either running (8 times) or volunteering (3 times) and supporting (once). 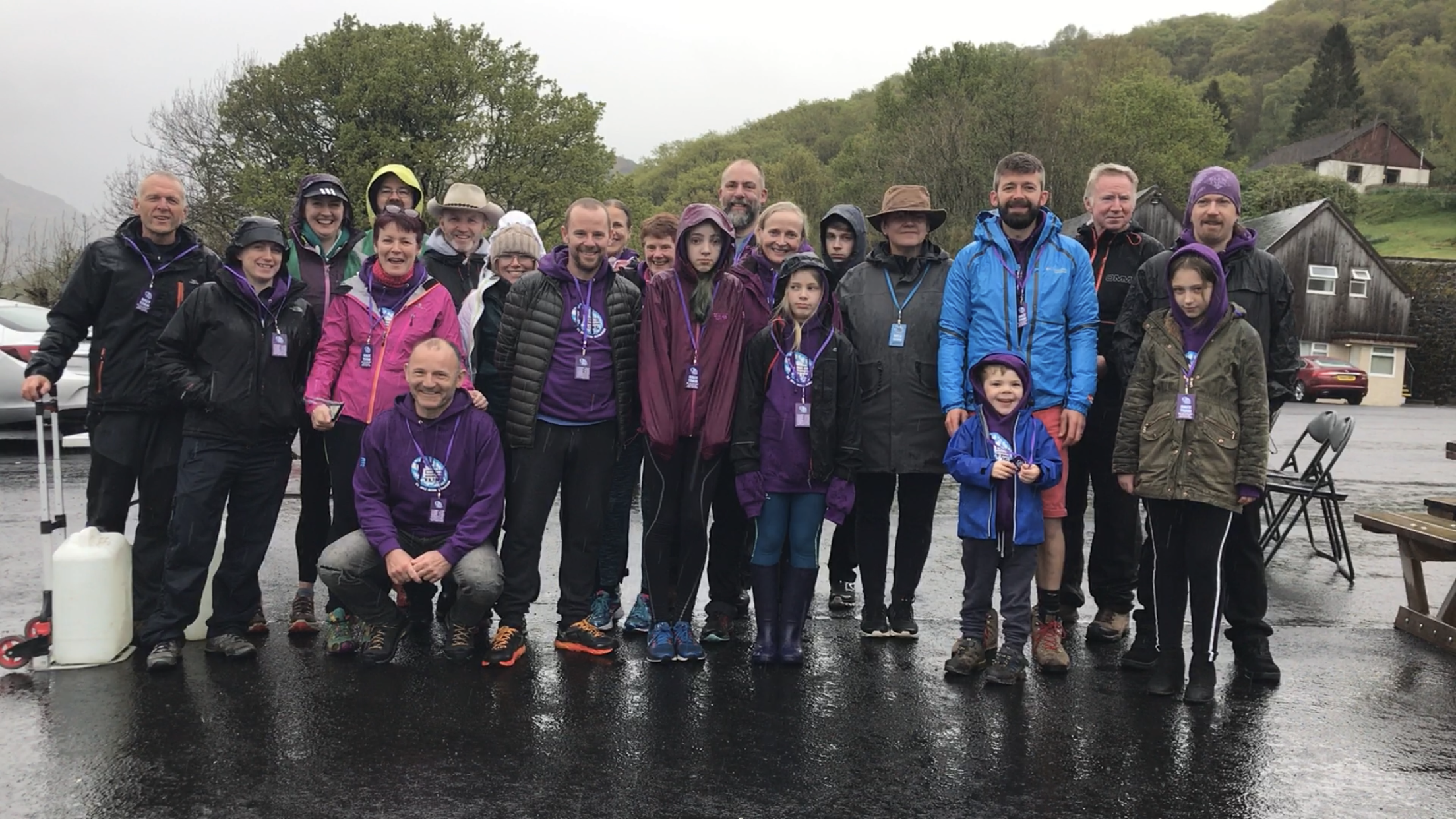 I also enjoy doing a spreadsheet with the results for each leg and checkpoint.

I enjoyed watching the London Marathon in the morning and then went out for an easy run in the afternoon.

I spent the whole run thinking about next weekend’s Silva Great Lakeland 3 day event. I’m really looking forward to it and using it as my final big weekend before the Dragon’s Back which is now just 3 weeks away.